Matt Mendoza is for Lower Taxes, Job Creation, Less Regulations, Small Government and a Balance Budget. Vote Matt Mendoza for California State Assembly-79th District in the June 5th, 2012 Election. He is running against Mary England, Rudy Ramirez, and Shirley Weber. HOWARD JARVIS TAXPAYERS ASSOCIATION AND THE REPUBLICAN NATIONAL HISPANIC ASSOCIATION knows that Matt Mendoza is the best one for the job

Kris from The Howard Jarvis Taxpayers Association states in his endorsement letter, “We believe you (Matt Mendoza) will be an excellent representative for taxpayers and look forward to working with you in the years ahead”.

The Howard Jarvis Taxpayers Association continues their important work, and with the constant pressure from government for higher taxes, the Howard Jarvis Taxpayers Association's role as the legal and political watchdog over Proposition 13 is more important than ever. That’s why it is so important to vote in representatives that will continue the good work of protecting Proposition 13, and not bend to special interest group or waiver on their commitment to the people.

Matt Mendoza is a man of great character who can be trusted to protect Proposition 13 and the American Tax Payer by standing firm on not supporting any legislation on raising taxes. Matt also, believes California is broken, and he knows it will require taking on big government in three areas, overtaxing, overspending and over regulation. As Californians we must push for an annual balance budget. For more information about The Howard Jarvis Taxpayers Association, visit their website at www.hjta.org

Loa from The Republican National Hispanic Assembly states in his endorsement letter, “We firmly believe that your (Matt Mendoza) strong commitment to conservative principles and your vision that Hispanic conservatives are vital to the future of the GOP is the leadership that California and the Republican Party needs in the years to follow”.

After reviewing Matt Mendoza principles and leadership ability the Republican National Hispanic Assembly strongly believes that Matt Mendoza is the only candidate running for the State Assembly 79th District that can be an effective leader, not only for Hispanic citizens, but all citizens of the 79th District. For more information about The Republican National Hispanic Assembly, visit their website at http://www.rnhala.org/ To find out more about Matt Mendoza and why he is running for State Assembly of the 79th District, visit his website at http://www.MattMendoza.us. 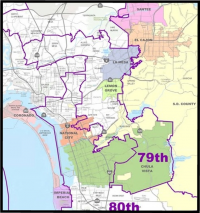