The wait is over for the highly anticipated hip hop single from Matthew Schultz & hip hop legend Jim Jones! This track is a unique blend of hip-hop and rock!

Durham, NC -- (SBWIRE) -- 03/05/2013 -- "Money or Me" was written and recorded by Matthew Schultz and originally featured King Dave. An original track produced by Armando Guarnera it brings the essence of hip-hop with a smooth rock twist! This is a fresh new edgy sound for Urban Music. Not his first rodeo, Matthew got his start in a band with rocker Chris Daughtry and has been involved in many industry projects. Schultz is excited about his new version of the song with hip -hop legend Jim Jones.

Jim brings a gritty street edge to the track and Matthews guitar solo makes it just the right blend of hip-hop and rock.

Matthew has been creating a lot of buzz in the music industry and among the industry heavy hitters! Ranked #1 on Reverbnation for singer/songwriter in northeast, #4 in the US and #2 in the world. His deep soulful voice has been recognized as a new age “Johnny Cash” with a suave “Hollywood look and swagger”. YMPR put out “He has a James Dean type look & demeanor with a little bit of a rock star edge; Matthew Schultz is James Dean and Johnny Cash in one!”.

Joseph Guillermo Jones II better known by his stage name Jim Jones, is an American rapper and actor. He is an original member of hip hop collective The Diplomatsalso known as Dipset. Jones is also a noted video director under the name Capo for artists includingCam'ron, Remy Ma, and State Property.

Jim is known worldwide for his talent and considered a legend in the hip-hop game! 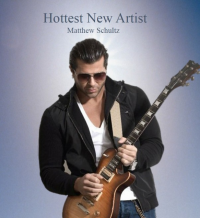 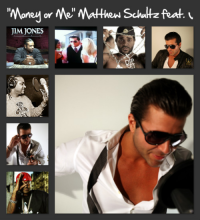