With Her Beloved Son in Prison, Writing Turned Max W. Miller Into a Survival Expert

Following the incarceration of her son and a downward spiral of her own despair, Author Max W. Miller felt she had nowhere to turn. However, having discovered writing and on the eve of her debut book launch, Miller credits her new-found passion with keeping her alive.

Raleigh, NC -- (SBWIRE) -- 09/27/2012 -- It’s every mother’s worst nightmare; having a child removed from family life and entered into the U.S prison system. Like most, Max W. Miller was unable to cope with her beloved child’s new life behind bars. Darkness crept in until she discovered a creative passion that was helping her achieve greater happiness, optimism, and the strength to even think about self-publishing her own books.

“My son and I were closer than close. When he got on the wrong track and ended up in prison, I didn’t believe I would make it,” explains Miller, who, at the time, owned a floral shop.

She continues, “With the economy in a downward spiral and all my resources to help him exhausted, I had to watch my son being carried away to this uncaring underworld called the Federal Bureau of Prisons.”

Trying to reinvent herself, Miller made the agonizing decision to close down her business and re-train as a real estate agent, just to ease the pain of her emotions. However, as the harshness of her son’s sentence became apparent, Miller found that she was more discontent than ever.

Finding solace in writing down her frustrations in the middle of the night, Miller noticed a sudden and unexpected change.

“Other disappointments developed, so I started writing even more. Soon I realized that as I wrote, an amazing thing happened; I found peace as I used my imagination to take me to places inside my head. The feeling of being powerless was overwhelming; but creating a powerful fantasy world, where a character finds a way to defeat their enemy was the ticket,” she adds.

With new-found energy and a growing desire to write, Miller turned her emotions around and put pen to paper. Today, following a period of diligent work, Miller is delighted to announce the launch of her debut novel, Blood Melt.

This work of fiction starts out in Winston-Salem, NC with the bulk of the story taking place in Savannah, Georgia. Sixteen year old Avani Darrisaw is unwillingly launched on a perilous journey. She finds out she has descendants from another universe. A Star Warrior from that world needs her to save him. But, in order to save the alien Star Warrior, Avani must take part in a ceremony called the Blood Melt. Danger greets her at every turn. Intrigue and forks in the road are constantly biting at her heel—the Karokins, Samantha the cat, and the Walfarian assassin are some of the characters to love … and others to hate.
Available in ebook format at: Amazon, Barnes and Noble, and KOBO EBook ISBN- 13 978-0-9855955-1-7

About the Author: Max W. Miller
Max W. Miller is honored that you are taking the time to get to know her. She was born in Savannah, Georgia, but has lived in North Carolina for most of her adult life. Max comes from a large family of six brothers and two sisters. She is married with children.

Max is a writer of science fiction and fantasy for teens and young adults. She uses popular fantasy and science fiction topics such as aliens, ghosts, and witches, and expresses them in a way that is highly entertaining, thought provoking, and written in a language that doesn’t burn her reader’s ears with obscenity.

The author’s progress can be followed on Twitter: http://www.twitter.com/@maxwmiller
Information may also be obtained via Miller’s official website: http://www.scififantasyfiction.com 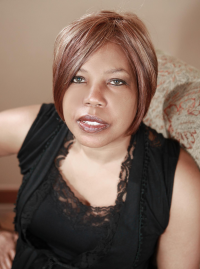 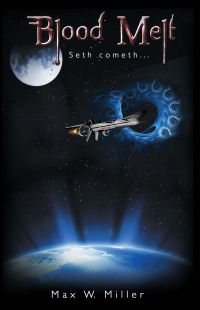