Midget-Wrestling divisions have been featured in major wrestling-promotions, and wrestlers have competed-and-won championships made for average-size wrestlers. Some criticize midget-wrestling as reinforcing stereotypes that little people are no more than entertainment —but professional performers do not feel that same way. Contact MCW on Facebook
http://www.mcwnation.com/#!members/citr

Hulk Hogan on Sway in the Morning part 1/2
https://www.youtube.com/watch?v=UloXgzgoA0k#t=97

“I watched the Micro-Championship-Wrestlers and said, ‘There’s a TV show here!’ “They’re great ring performers,” said Hulk Hogan, Reality-TV-Star from VH-1’s ‘Hogan Knows Best.’ “The real key is showing the action as well as what goes on behind the scenes.” 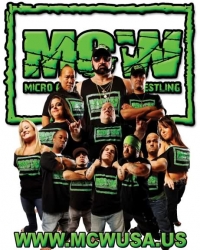 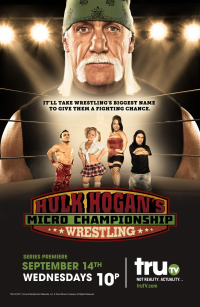