Record election advertising expenditures, the Summer Olympics, and increased auto and retail sales will create a sellers’ market in 2012 for local TV. Do you have a strategy for buying your television needs?

Rochester, MI -- (SBWIRE) -- 03/12/2012 -- Advertisers, media planners, media buyers: get ready to pay higher advertising rates for spot or local television buys in 2012-- thanks to the elections, the Summer Olympics from London, and an expected rise in auto and retail business, says Ron Geskey, consultant and publisher of the annual Thumbnail Media Planner.

As reported in the 2012 Thumbnail Media Planner, the elections (candidates and Super Pacs) could deliver a $3.2 billion Christmas present to local television stations and cable systems. While this forecast could be high or low; consider that President Obama’s team has projected that they alone would raise a $1 billion war chest. Imagine what it will be like to watch television in Florida late this fall when politicians are out-spinning Santa Claus!

The Thumbnail Media Planner provides media research and its chrystal ball advertising costs for all of the major national and local media, traditional and digital (www.ThumbnailMediaPlanner.com). The Planner forecasts approximate 2012 media costs for each medium, including local TV rates.

So, given a strong sellers’ market, what’s an advertiser to do?

First, timing of media negotiations is key. Don’t wait too long to execute your media buys. Delaying making buys until the stations are nearly sold out will only increase your prices. Consider making a long term buy to lock into advantageous programming, timing, and pricing. If you wait until October to buy time for November, there may not be anything to buy at any reasonable price.

Second, develop a negotiating strategy which includes some incentives for sellers to make price or other concessions to you. For example, consider awarding your entire budget to one station in exchange for better rates, programming, timing, or positioning.

Third, be flexible. Stations commercial inventory will likely be much lower than normal. Be willing to adjust your programming mix, scheduling or timing in exchange for better pricing or programming. Be willing to accept some programming the station has more difficulty selling. Be as flexible as you can be in all areas in order to get more of what you need at a lower price.

Fourth, if television prices are so high that value is diminished, consider alternative media such as online, radio and outdoor which are less affected by the aberrations of political advertising.

Fifth, understand what advertising rates really are. Cost per spot no matter how cheap it seems is irrelevant to a measure of value. Compare media rates by daypart. Translate all TV costs into cost per point (CPP) or cost per thousand (CPM) so spots can be compared and you can select the most cost efficient options.

Need more information on buying media in a sellers market? You may wish to check out a new book, “Media Planning & Buying in the 21st Century.” (www.21stCenturyMediaPlanning.com) or buy on Amazon.com.

About 2020:Marketing Communications LLC
Publishes marketing and advertising media books such as the Thumbnail Media Planner, Media Buying & Planning in the 21st Century (text and workbook), Guerrilla Media Buying, David vs. Goliath: A New Way to Win. CEO Ron Geskey has over 30 years of experience at major advertising agencies -- Leo Burnett, D’Arcy, Campbell Ewald, and General Motors R*Works. He has a Masters Dgree in mass communications/marketing and doctoral work, and executive education at Wharton, Northwestern, Michigan State, and others. 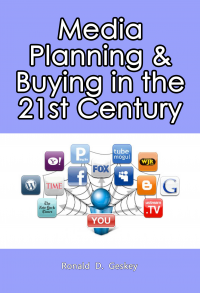 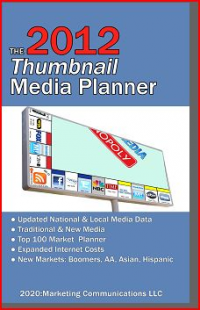