Phoenix, AZ -- (SBWIRE) -- 11/13/2017 -- Social media and easily accessible smart technology continues to democratize media production and content development. Content development has become an integral aspect of business, education, sales, professional organizations and even governmental agencies. We also live in an era where life is fragile and therefore extremely precious. This realization coupled with production skills is opening up new social entrepreneurial opportunities for individuals to develop skills to help families, schools, communities, organizations and groups of people record their history and share it with future generations to come. The use of modern media production has grown even further with drone technology and its applications are beyond mere sports production.

"Socially responsible media professionals like William Natale are aware of the power of modern media production and they are putting their experience to drive positive social change" stated Dr. Kas Henry, Host of "Unleash Your Inner Goldilocks: How to Get It Just Right", Voice America, Empowerment Channel. "Bill brings his innate desire to empower young people and bridge the economic divide by closing the skill gap resulting from access and this is clearly making a difference in our Chicago Community".

WillIam (Bill) Natale, is an Emmy-Award winning producer/director and executive member of the Directors Guild of America Midwest Council. He is the author of "1968 – A Story As Relevant Today As It Was Then," (on AMAZON/KINDLE and in the Anderson Book Shops of Chicagoland) and a children's book, entitled "Woolly Wurm," that was written specifically to help raise funds for The Infant Welfare Society of Chicago. Natale has served as the Executive Director of the Illinois Center for Broadcasting, Chicago Campus; Executive Producer of Internet Streaming Corporation and Executive Producer of WATCH312.COM. He has worked as a freelance broadcast professional in various capacities for media outlets, including radio stations: WXRT, WGN and Spanish language WSBC as well as TV stations: WGN, WMAQ, WTTW, WFLD, WLS, WBBM, WYCC, WJYS, WKYC, WIFR, WTMJ, WVTV and Spanish language WGBO.

Natale served for over 4 years as president of the board of directors for PanAmerica Performance Works Theater Company (formerly Latino Chicago Theater Company). He has served as a member of the board of directors for the Chicago chapter of the National Association of Television Arts & Sciences and as Chairman of the Broadcast Promotion & Marketing Executives Association. Bill has taught television production at both Columbia College of Chicago and the Illinois Center for Broadcasting, Lombard Campus. Natale continues from time to time to do work as a producer/directo in addition to his work as the Regional Executive Director for Public Affairs for the Illinois, Ohio, Miami & Colorado Media Schools that teach broadcast media arts per a fully accredited college curriculum. PBS broadcast over 224 public TV stations, the documentary, "Water Pressures," directed by Natale dealing with the global water crisis, hosted by Adrian Grenier (star of HBO's Entourage). Principal photography was shot on location in India, New York, Washington D.C. and Chicago.

Natale served as a consulting producer for The Moochie Kalala Detective Show, a WTTW/PBS educational science series for children, produced by Dreaming Tree Films (DTF), starring Tim Kazurinsky. The DTF foundation teaches young teens the art of movie production by utilizing them as crew members for TV and feature film production. Natale served as a consulting producer for the film "Traveling Without Moving," starring Steve Guttenberg and Harry Lennix set to be released by Regency Pictures this June. Natale serves as an advisor to the board of directors for the 501-c BIBO AWARDS FOUNDATION, (Beauty In & Beauty Out) that honors outstanding women for their community service in the Chicago, Las Vegas and Los Angeles metropolitan areas. He also serves on the board of directors for the 501-c SHINE ON CHICAGO organization that teaches inner-city children how to shoot, produce and edit video that can then be shared via social media.

Tune into the upcoming episode titled "Work Skills as Pathway to Economic Empowerment", on Monday, November 13, 2017, at 2 PM Pacific (5PM Eastern) Time to listen to William Natale's insights by accessing "Unleash Your Inner Goldilocks: How to Get It Just Right", Voice America, Empowerment Channel at https://www.voiceamerica.com/show/2674/unleash-your-inner-goldilocks-how-to-get-it-just-right.

The VoiceAmerica TM Network offers the latest conversations in a talk radio format, providing education, interaction, and advice on key issues live, on demand as well as through podcast download. If interested in hosting a talk show on VoiceAmerica Network, contact Jeff Spenard, President of Internet Radio at 480-294-6417 or at jeff.spenard@voiceamerica.com

Contact Executive Producer: Camille Nash at 480-553-5757 for advertising/sponsorship or other show details.

About Unleash Your Inner Goldilocks: How to Get It Just Right
Real Talk on Self-Empowerment as rite of passage for Economic-Empowerment with Dr. Kas Henry every Thursday at 1PM Pacific Time on Voice America's Empowerment channel. This is a dynamic show discussing serious issues aimed to encourage, inspire, teach and support individuals from across the world to shape their own transformational journey to the pinnacle of their own success. Dr. Kas, along with her guests, will share unique principles, how-tos, ideas, methods, expertise, humor and personal experiences to best serve the needs of the listeners. Listeners have an opportunity to suggest topics for discussion and as a result our show will always be relevant to you. 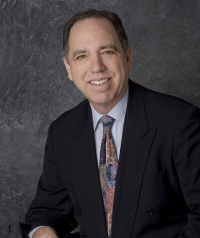