San Francisco, CA -- (SBWIRE) -- 09/16/2013 -- AVI is a file format that, for most people, will need absolutely no introduction. It’s a commonly used video format that is practically ubiquitous on the web. It’s used for almost every type of video, from high definition files to heavily compressed ones.

Software developers MediaFreeware.com a celebrated free software company has recently received widespread acclaim as a result of their new free AVI player. This piece of media playing software has quickly built up a reputation as the finest AVI player currently available in the freeware market. Many users are comparing it favorably to paid solutions.

The player may appear simple to use, but this requires advanced software coding and an eye for design. It uses an incredibly sleek and refined code base to process the video codec. In plain English, that means that it uses up less computer resources to play the video. The video will play smoothly, even on older machines. This also enables people to multitask while playing a video, which is incredibly useful for people with dual monitors.

The operation of the player will be familiar to anyone who has used a piece of video playing software in the past. Users can simply open up the video, and it plays. There are no complex settings, or fancy user interfaces. The functionality is at the forefront, and it’s easy for even the most inexperienced computer user to grasp instantly.

A spokesperson for MediaFreeware.com said: “Despite the ubiquity of the AVI file format, it’s tough to find a free player that can easily cope with it. It’s actually fairly complex, and this can lead to low frame rates, stuttering playback, and other annoying problems that can get in the way of watching a video. In the course of creating our free AVI player, we looked deep into the way the AVI codec works. We developed a way of playing AVI videos that is smoother and more faithful to the original uncompressed video, while still using less computing power than competing software. We then chose to release this piece of software to market at absolutely no cost to the user, with no restrictions in place.”

About MediaFreeware.com
MediaFreeware.com is a software company that creates free to download media player software. They have software that can play a variety of popular file formats including but not limited to AVI videos. 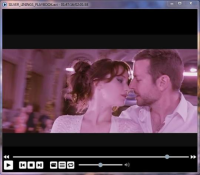