In the last 25 years, almost 75% of the 350,000 medical malpractice cases were caused by misdiagnosis.

Bakersfield, CA -- (SBWIRE) -- 08/04/2014 -- The last thing we would want to happen to us when faced with a medical emergency is to be misdiagnosed by a doctor. An instance like this leads to a patient suing his doctor who performed a medical malpractice. A personal injury lawyer in Bakersfield, California like Kyle W Jones Law Office assists patients who felt that their medical emergencies were intentionally overlooked.

According to a study reported by the Huffington Post, the most common instances of patients suing their doctors are related to delays of inability of the medical practitioners to diagnose a disease correctly like cancer. In the US, Australia, France, and Canada, there are about 26% to 63% of lawsuits that were related to medical malpractice.

A patient who has been a victim of medical practice is likely to experience worsened symptoms with the probability of acquiring new illnesses. And a doctor who performed a misdiagnosis should be held accountable for any of its catastrophic consequence. According to an article published by the Daily Herald, “recent studies underscore the extent and potential impact of such errors. A 2009 report funded by the federal Agency for Healthcare Research and Quality found that 28 percent of 583 diagnostic mistakes reported anonymously by doctors were life-threatening or had resulted in death or permanent disability. A meta-analysis published last year in the journal BMJ Quality & Safety found that fatal diagnostic errors in U.S. intensive care units appear to equal the 40,500 deaths that result each year from breast cancer. And a new study of 190 errors at a VA hospital system in Texas found that many errors involved common diseases such as pneumonia and urinary tract infections; 87 percent had the potential for "considerable to severe harm" including "inevitable death"”.

The Basics of Suing a Doctor Due to a Medical Malpractice

Patients need to understand the step by step process when suing a doctor due to misdiagnosis. The very first thing that needs to be done is to had a solid proof that the doctor reasonably failed to show the skill level that a likewise trained or expert doctor would exhibited in diagnosing for a similar condition. The next thing to consider is the impact that the misdiagnosis has caused and the extent of its harm to the patient. Once all evidences are complete and there is a concrete proof that the doctor should be held accountable for the medical malpractice, the assistance of a stellar personal injury lawyer like Kyle W Jones Law Office comes into picture.

Any patient who has been a victim of a medical malpractice must get the right damage compensation. On the other hand, the dreadful effects of misdiagnoses must be prevented by ensuring that health care providers and policymakers commit to making the life-saving adjustments.

About Bakersfield Car Accident Attorney
Kyle Jones was born and raised in Bakersfield, California. After graduating from Stockdale High in 1995 Kyle went on to obtain his Bachelor of Arts in Political Science and Philosophy from the University of California at Santa Barbara and then a Juris Doctorate from the Santa Clara University School of Law. He looks forward to being a vital part of the Bakersfield Community. 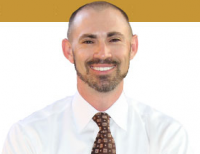