Ness-Ziona, Israel -- (SBWIRE) -- 02/12/2014 -- The world recently found out that Former Jets quarterback Joe Namath, who led the team to its only Super Bowl championship has been living with the lifelong effects of his concussions sustained during his professional football career. Every time another pro football player makes headlines because of a severe concussion sustained on the playing field, renowned neurobiologist and researcher Dr. Adrian Harel is reminded of the urgent need for more effective protocols to treat traumatic brain injury (TBI). TBI is a serious problem, and sports-related TBI – particularly among professional athletes – has frequently been in the news in recent years.

Dr. Harel, president and founder of MediCortex USA, Ltd., and his team are intensely pursuing breakthrough treatments for TBI with a new class of drugs that address brain trauma in a more comprehensive manner than is possible with currently available therapies.

Sports-related TBI gained renewed attention in January 2014 when a federal judge called into question a $765 million settlement by the National Football League (NFL) that would have paid individual players up to $5 million for neurological problems they suffered during their careers. U.S. District Judge Anita Brody voiced concern that the sum was not sufficient to cover all of the injured athletes, particularly as more come forward with injuries.

Football players certainly aren’t the only brain-injured sports figures in the news. As of early this month, German race car driver and Formula One winner Michael Schumacher, who suffered a near-fatal ski accident, is being brought out of a medically induced coma that he was in for several weeks due to TBI. But as much attention as these marquis stories receive, the real story of sports-related TBI lies in the sheer magnitude of the problem. In the US alone, there are over 300,000 cases annually of athletes suffering from TBI's that result in loss of consciousness.

When one includes mild concussions (also called MTBI's), that number burgeons into the millions, according to a seminal 2006 study sponsored by the Centers for Disease Control (The Epidemiology and Impact of Traumatic Brain Injury: An Overview). Lest one think that an MTBI is not a reason to seek medical treatment – as most people mistakenly believe – numerous studies have found unequivocal evidence that even one minor concussion can lead to long-term neurodegeneration. For example, a 2011 study titled Long-term Cognitive and Emotional Consequences of Mild Traumatic Brain Injury tested otherwise healthy people who had suffered an MTBI on average 6 years prior to the study. The researchers found that these individuals "had significant impairments in all cognitive domains compared to the healthy control subjects." One wonders how much suffering and disability could be averted if all medical staffs at sporting events, not to mention ambulances and emergency rooms, had access to effective TBI drugs.

Not surprisingly, the medical community is well aware of the importance of early intervention in all forms and degrees of TBI. However, as Dr. Harel stresses in discussing his vision of a robust TBI treatment, none of the currently available therapies really address TBI in the inclusive manner necessary to help reduce or even reverse damage already sustained, and to prevent further damage. “The fact is that a brain injury is caused by a number of biochemical changes,” he says, “and this means that multiple agents would need to be administered simultaneously in order to restore the chemical balance. But as of now, there are no pharmaceutical solutions that address all of the problems. Current therapies only address one or two symptoms at most.”

He says he and his team at MediCortex are working on developing a new class of drug that blocks several different biochemical cascades at the same time. They are exploring the possibilities of a multi-functional drug, i.e., one compound with several clinical effects, with their research currently focused on compounds that lower free radicals, bind free metal ions, reduce infection, and control inflammation. “All of these processes are necessary to properly address the initial trauma, lessen or prevent secondary degeneration, and produce the best outcome,” explains Dr. Harel.

What so many people fail to realize is that even if a player isn’t thrown into a vegetative state by the injury, TBI can have long-lasting effects that may ultimately end in tragedy. While not all suicides can conclusively be attributed to sports-related TBI, the general consensus among medical experts is that erratic and aggressive or even violent behavior are tied to a condition called chronic traumatic encephalopathy, which can result from repeated hits to the head – the type of hits that many players experience in games and practices. Other players suffer memory problems, early-onset dementia, or even, in some rare cases, post-traumatic Parkinsonism.

In light of the gravity of the problem, it is somewhat surprising that there are presently no major pharmaceutical players in the TBI arena. It is a critical area of research, though, and in October of 2013 the National Institutes of Health (NIH) announced it is awarding $18.8 million over five years to support worldwide research on concussion and traumatic brain injury, to be administered through the University of California, San Francisco. In fact this is part of a $30 million grant that the NFL gave to the NIH to research sports-related TBI (N ew York Times: Delving Into Brain Injuries with the NFL's Money). But the groundbreaking work of independent researchers such as Dr. Harel, who has many years of experience in the pharmaceutical and biotech industries, is also vital. Accordingly, MediCortex is seeking investors, venture capitalists, and philanthropic contributions to provide the necessary funds for this crucial research to continue.

“We are simply seeing too many of our best athletes permanently brain-damaged,” says Dr. Harel, “not to mention the millions of other cases of TBI sustained by people of all ages as a result of vehicle crashes, falls at home, workplace accidents, and assaults or physical abuse. TBI is a major problem in search of a comprehensive solution. With the research we are doing now, there is finally a light at the end of the tunnel.”

About Medicortex
Founded in 2011 by Dr. Adrian Harel, MediCortex USA Ltd. is a start-up pharmaceutical company focused on the discovery and pre-clinical development of innovative therapies for the treatment of acute neurodegenerative conditions, including traumatic brain injury, exposure to toxic nerve agents and stroke. MediCortex’s mission is to develop a truly effective neuroprotection therapy that limits the damage in brain injury, based on a novel multifunctional drug approach. By doing so, MediCortex will provide a solution to an unmet need for the treatment of acute neurodegenerative diseases. Currently, MediCortex operates in the United States and Israel.

For more information about the work that MediCortex and Dr. Adrian Harel are doing to develop a multi-functional drug for brain injury, visit http://www.medicortex.com. 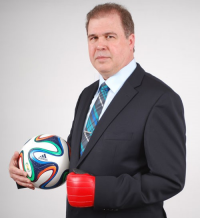