Modesto, CA -- (SBWIRE) -- 10/12/2012 -- Jon Cryer of Two and A Half Men has cemented his role as a leading man, following the departure of Charlie Sheen in 2011, to the surprise of no one but himself. Initially Mr. Cryer expressed reservations at being moved from the best supporting actors category, to the prime position of best lead. While still on the red carpet, he recounted the actors he was up against,Alec Baldwin, Larry David, Don Cheadle, and Jim Parsons, and said with his signature humor, "I'm not gonna win." However, the judges disagreed and Jon walked away with the win and a wide-eyed grin on his face. Backstage he expressed with a laugh, “I'm as stunned as you people”.

After 10 seasons, this was the first year Jon was included in this category. True to form and eclectic character, Cryer strayed from the traditional 3 piece suit for the occasion. His wardrobe was however given the finishing touch by a pair of cutting edge men's cufflinks and a black and grey titanium bracelet, both created and designed by the celebrated Edward Mirell. His cufflinks are found in the SPORT MIDNIGHT Collection, which incorporates black titanium with silver accents and cable to create a sleek yet industrial look.The bracelet hails from the TRIO Line, featuring thick black titanium ridges centered between thin sterling silver inlays on either side.

Edward Mirell's lines of men's titanium jewelry has become an easily spotted accessory in Tinseltown, on and off the red carpet. Reid Scott from HBO's new comedy hit VEEP, has also been seen wearing cufflinks from the TRIO collection. Ron Yates, Founder and chief trend spotter of leading online retailer Titanium-Jewelry.com, commented on the rise in popularity of Edward Mirell over the past decade. He states, “Edward Mirell has created a concept in jewelry that does not rely on traditional culture. His use of texture and color in creating lines of men's titanium jewelry, speaks to the modern man in a way that other men's jewelry designers are still trying to figure out.”

The increasing presence of men's contemporary metal jewelry has given wide spread attention to the change in the way classic couture is defined. The sleek and modern approach has generated a following that was in times past, only seen in the world of precious metal jewelry. However with the rising price, and diminished availability of gold and other precious metals, designers of men's jewelry have broadened the playing field to include contemporary metals as viable contenders in high end fashion.

About Titanium-Jewelry
Titanium-Jewelry.com is a leading online retailer of the latest styles in contemporary metal, featuring the most fashion forward designs in titanium, palladium, tungsten, and cobalt chrome. Shoppers choose from top designers such as, Edward Mirell, J.R. Yates, ArtCarved, and Benchmark Wedding Bands, to name only a few. While Titanium-Jewelry.com takes pride in catering to the fashion forward man, it also features a glamorous line of black diamond jewelry for women by Belloria, as well as fabulous pieces by top designer Edward Mirell that will leave ladies breathless. 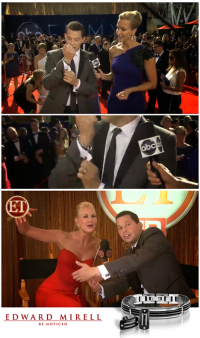