London, England -- (SBWIRE) -- 02/04/2016 -- A recent trend in big metropolitan cities, the rise of 'micro' living, emphasizes not only the potentially close confines of urban living but also what is expected to be a big focus for 2016: better storage. 'Micro' living is growing particularly in the rise of 'micro' apartments, already playing a key part in the property market of cities such as New York, according to a recent BT report. These apartments offer a complete living space in the dimensions of 360 square feet or less. They are set to be increasingly popular in cities where demand to live is high, but space is limited – especially so in London. This emphasizes the limited space and resources many people face when living in cities.

The rise of micro apartments going into 2016 could suggest that it is a year of streamlined living for those who want to live in popular urban areas. A number of London property developers are already showing interest in 'micro' designs, which often utilise furniture intelligently – such as desks which double-up as worktops.

However, the rise of 'micro' living will also require other services to support it; especially those offering storage facilities. People may have to be willing to move more of their belongings into external storage, for example, if 'micro' living is to continue forward into 2016, and keen to comment on this was Top Removals. A spokesperson had this to say:

"We are proud to offer storage facilities, as we have always upheld that this is important, especially in densely populated cities; which there a number of in the UK. The anticipated 'micro' housing trend suggests that if people want to live in the desirable urban spaces, they may have to store some belongings away. With our secure and trustworthy services we can make this possible – allowing people to streamline what they have in the most effective manner."

About Top Removals
Top Removals is a London based Removals company offering home and office moving services, as well as storage. For more information you can visit their website: http://www.top-removals.co.uk/storage 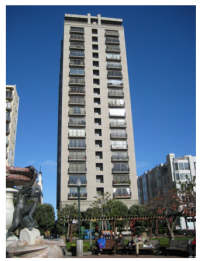