Micromax A110 Canvas 2 - The Most Affordable Smartphone

Micromax A110 canvas 2 is becoming one of the best sellers Smartphone in India, due to its amazing specification and amazing looks. It has one of the best features in terms of performance, which leads to its tremendous popularity all over the nation. Micromax is the manufacturer which keeps on producing such Smartphone and tablets from time to time.

Micromax A110 Canvas 2 is one of best selling Smartphone in India. Beside its good look it has all the specification of a powerful Smartphone. A110 canvas 2 is a slim dual sim Smartphone running on 1 GHz dual-core processor. Phone is has a display screen of 5 inch with resolution of 854x480 pixels. The camera has a superb camera of 5 mega pixel with dual LED flash system. Although A110 carries RAM of 512 MB might be low for heavy game lovers, but the phone run smoothly without any glitches.

Micromax A110 is currently one of the hottest selling Smartphone in India, due to its huge demand company spokesperson has confirmed that the android new update i.e. 4.1 (Jelly bean) will be available for existing A110 users. However this is not an OTA (over the air) updates, consumers have to visit nearest service centre. This android up-gradation seems to be a cumbersome process, as most of the users are unable to upgrade android and has some fear that the current operating system might be affected rather than up-gradation of newer one. Soon Micromax might be announcing the new version of next generation Smartphone A116 Canvas HD.

A110 Canvas 2 is equipped with 5 inches FWVGA LCD capacitive screen, having a resolution of 854x480 pixels. The screen is 5 point multi touch with AGC sodaline protection on it. The model has primary camera of 8 Mega Pixel with dual flash supporting night mode, auto focus, geo-tagging, touch focus and face detection. However there is also a secondary camera of 0.3 MP for video conferencing. The camera supports zoon of 4X and a decent quality of video recording.

Micromax A110 canvas 2 run on 1 GHz dual core processor, having 2 GB of internal space (Only 1 GB usable for users) and has a RAM of 512 MB. The phone is enough fast for normal users and plays high quality videos very smoothly. For those user who need large internal storage, they can upgrade using to 32 GB external micro SD card. Currently phone runs on ICS android operating system and soon planning to upgrade to jelly beans. The mobile supports dual sim (GSM+GSM) with 3G enabling in both sim.

Micromax canvas 2 mobile phone battery has long lasting battery of 2000 mAh, which provides two days of normal uses without any charging. This android Smartphone is getting very much popular in India, day by day. Many e-commerce merchants are selling at very competitive prices, but you can get the best prices of 10,999/- (around $200) at 10kya.com .

About mPlace edVentures Private Limited
mPlace edVentures Private Limited (MPED) has initiated projects in two best of the promising sectors of economy viz. Education & Skill Development and eCommerce. MPED aims to be one of the largest Internet retailers of categories it deals in and started with more than 10000 products from top international and domestic brands. Our business philosophy is simple: offer consumers and businesses what they want, when they want it. 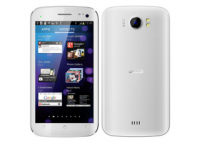