Newbury Park, CA -- (SBWIRE) -- 08/13/2013 -- Micronor Inc. is pleased to announce the celebration of its 10th year in business together with 10 years of fiber optic sensor innovation. Since 2003, Micronor has established itself as a position sensor innovator and world’s only commercial manufacturer of fiber optic absolute and incremental encoders. Micronor’s ZapFREE® encoders are based on an innovative all-optical passive sensor design which is immune to EMI and lightning, can transmit interference-free over long distances and inherently safe for use in explosive atmospheres. These products outperform resolvers and electronics-based encoders in the most challenging environments - from mines to steel mills, from electric trains to aerial cable cars, from mass spectrometers to MRI medical research. See http://www.micronor.com

Over the years, Micronor’s fiber optic innovation has received industry recognition. In 2008 and 2010, Micronor received Control Engineering Magazine’s ’s Engineers’ Choice Awards for its MR318 MRI Encoder and MR330 series Absolute Encoder, respectively. Micronor was also the 2013 recipient of the ASME Channel Islands Project Of The Year Award for the development of the challenging MR338 MRI Absolute Encoder. The US Patent Office has awarded patents 7,196,320 and 8,461,514 for the underlying optical technologies.

Micronor has been unique in adapting its fiber optic technology to the MRI medical research market. First approached by researchers at Marquette University, Micronor took the challenge to develop its first prototype MRI encoder. An MRI-compatible encoder was needed to monitor the speed and angular position of a pedaling device that the patient operated while in the MRI chamber. The Marquette experiment was the first time that brain activity patterns associated with pedaling and locomotion had been observed. The MRI encoders have since been applied to a number of other medical research projects and developments - an MRI knee flexation experiment, an MRI-compatible treadmill and development of functional MRI training phantoms. The product is enabling a wide range of MRI machine enhancements and applications dependent upon precision angular and linear position sensing. The same products, being transparent to electromagnetic fields, are being deployed in EMC test, radar and other challenging electromagnetic sensitive applications.

About Micronor
Micronor is a leading supplier of reliable and rugged components for industrial automation and process control industries as well as military, aerospace and other challenging environmental applications. Micronor control and sensing products include encoders, resolvers, programmable limit switches, custom-engineered position transducers, cam timers, motorized potentiometers, pulse generators and handheld pendant stations. Micronor was founded in 1968 and has regional engineering and manufacturing headquarters in both the United States and Europe.

This news release was distributed by IndustrialPR.net 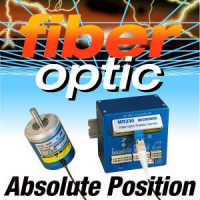