While his superhero creation is highly offensive yet always entertaining, author Justin Fortin has a serious side to his book’s release. Its launch fulfills the promise he made to his late Grandmother, to follow his dreams and make it big.

Lewiston, ME -- (SBWIRE) -- 02/25/2013 -- To Maine’s Justin Fortin, the release of his debut book marks the granting of a promise he made to his Grandmother before she passed away from Cancer. Making a pledge to follow his dream, the release of ‘Mighty Snorter’ marks a huge turning point in Fortin’s life.

The book follows Mighty Snorter himself, an LAPD official who uses bodily functions to transform and defeat his enemies.

If you are into highly offensive comedy this is the book for you. Follow Mighty Snorter through his beginning days of becoming a superhero and a cop.

If you like snot and six foot villainous robots dancing with banjos, this is a must read. The cops running Los Angeles will stop at nothing to stop crime, once they’re done eating donuts, taking naps, watching television, and playing video games, that is.

As the author explains, his character isn’t for the faint hearted or those with a weak stomach.

“Mighty Snorter is unique, to say the least. The content is written for mature teens and adults, although it’s engagingly-witty, whimsical and full of surprises,” says Fortin.

He continues, “I am currently trying to make him go viral and literally take over the world. He’s the superhero of the decade and it’s about time the world knew this!”

While a lot of fun, Fortin is keen to elaborate on his book’s serious inspiration.

“I made a promise to my grandmother, Sally Paine, before she passed from cancer. I promised to publish my work and follow my dreams. Please help Mighty Snorter go viral and ‘like’ Mighty Snorter on Facebook, after all your friends are going to,” he adds.

Critics praise Fortin for the diligent efforts he has taken to create a unique character, unlike anything ever devised for the superhero genre before. With such overwhelming success, the author has recently announced that this book will form the first volume of an upcoming series based around Mighty Snorter himself.

Due to the book’s increasing demand, interested readers are urged to get their hands on a copy as soon as possible.

About the Author: J.R. Fortin
J.R. is 23 years old, married with three children and resides in Maine. He has an Associates Degree in legal studies but really wants to make writing his full time job. His biggest dream ever was to become a writer and believe it or not, came up with Mighty Snorter in the 4th grade. This book means a lot to him because it was something his grandmother, Sally Paine, had encouraged him to complete and to always follow his dreams before she passed from cancer. 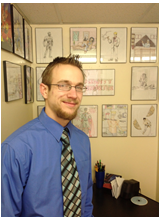