DJ and Producer Mike Pearl has created the next house music hit with the help of James Dalton, and is releasing the song along with a pack of remixes on February 10th.

Brooklyn, NY -- (SBWIRE) -- 02/10/2014 -- House music is one of the most popular and enduring creations of the digital age, allowing music producers to take fine control of every element and create distinctive sounds that found a short-cut to the pleasure centers in the brain. Though the genre has evolved and diversified, classic house music is still the mainstay of the finest clubs, and it is due a mainstream renaissance. Leading the charge is DJ and producer Mike Pearl, who’s latest single ‘Till The End’ can now be previewed on SoundCloud ahead of its release on February 10th.

The single release is hotly anticipated and the SoundCloud preview has already attracted over 3,000 views and hundreds of comments from enthusiastic fans. The song features the distinct vocal talent of James Dalton, who gives an ethereal performance with one foot in soul and the other in the new romantics.

The release will come packaged with exclusive remixes by Ellroy Clerk and Sean Rise. The single release will be available on iTunes and Beatport, and is set to become the hottest selling house music release of the week.

A spokesperson for Mike Pearl explained, “This is a song that has all the hallmarks of Mike Pearl’s work, and his fans are sure to be excited and gratified by this release. At the same time, it has a mainstream appeal through its emphatic use of layered synths to create an anthemic feel that will get the dance floor jumping and energize anyone listening at home for pure pleasure. The track is designed with such attention to detail that it’s easy to see why it has fans excited, and moreover, why people have been remarking on it having a depth rarely seen in so much of house music.”

About Mike Pearl
Mike Pearl’s love for music began at very early age. It all started in 1999 when he was residing in Israel, where he was influenced by Electronic Music, predominantly trance. Inspired by the depth of sounds and rhythm, he began learning the art of DJ-ing and Music Production. Mike Pearl’s personal style has profoundly transformed throughout the years, from uplifting trance to progressive house. Currently Mike Pearl’s forte is mostly house music of the highest quality. For more information please visit: https://www.facebook.com/mikepearlofficial 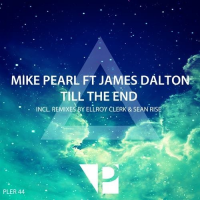