Chicago, IL -- (SBWIRE) -- 02/08/2012 -- MILLION DOLLAR SENATE SEAT today announces a very interesting and quirky pixel advertising website entitled “Million Dollar Senate Seat”. Each pixel on this website represents the attempt to purchase the internet version of the “Senate Seat”, enabling advertisers the ability to purchase pixel squares for $1. The Million Dollar Senate Seat is a ground breaking opportunity for businesses because the website offers these pixels to local businesses and advertisers worldwide interested in finding fresh new ways to advertise or promote websites, blogs, YouTube videos, products and services. Pixel advertising can provide maximum exposure for any website and can turn traffic into revenue.

A pixel is the smallest element of a digital image. It takes thousands of pixels to make a normal size photograph and one pixel advertising will not even be visible, this gives the advertiser a small square box in which to place a small image which will link directly to the homepage of their website. If you think about the average pay per click cost on search engine advertising you could end up paying between 7 and 10 dollars per click. Why pay per click when you can pay $1 per pixel? With pixel advertising, you are gaining years of publicity for your advertising dollar. You don’t have to continue to pay for clicks because, once your ad is placed, it stays put. Your advertisement is usually surrounded by many others and the entire website will have a billboard like appearance. It will be very colorful with a lot of small graphics and advertisements. You benefit from pixel advertising on the Million Dollar Senate Seat because your ad can be seen by millions around the world.

Companies that advertise on this website can definitely benefit from this unique marketing vehicle and will be a part of internet history, as well as be a part of one of the most talked about concept websites in history. The purpose of The Million Dollar Senate Seat is to be seen by millions across the globe and to turn that traffic into revenue for your business. “Don’t work for your marketing; let your marketing work for you”. 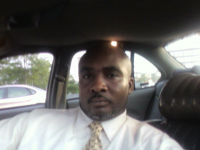