1) More about Gordon Fraser's life, what he has been up to recently, his acting, his new adventure filming a Comedy Web Series, and him being influenced by Wayne Dyer.

2) The Benefits of Mindfulness, including improved health, happiness, overcoming depression, find your life's purpose, receive answers from your soul, eliminate addictions, and much more.

According to Healthline.com, 350 million people worldwide suffer from Depression. That is 5% of the world's population.

As a Philanthropist, Gordon works with a number of causes close to him.

Originally from Scotland, Gordon splits his time between Los Angeles & London. Gordon graduated from LAMDA in 2003 & has since become a SAG-AFTRA Producer. Using his acting abilities, he is currently filming "The G-Spot," a comedy web series loosely based on his life with acclaimed psychics 'The Psychic Twins.'

Trying his hand at new creative endeavours, Gordon is working with designer Bruno Lima to launch a men's luxury swimwear line in early 2018. 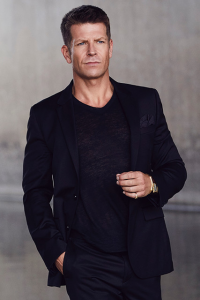