Mining in Guatemala: Growth and Income but at What Cost?

Minneapolis, MN -- (SBWIRE) -- 09/19/2013 -- Mining industry in Guatemala has provided the region with a lot of the revenue going into the area for a long time. Companies from the global north, particularly Canada come into the region and encroach upon land where families have lived for generations to mine the area. Often mining industry in Guatemala will lead to the poisoning of rivers and soil with the byproducts of the mining process. Unfortunately this is a trend that has been around since the time of the Spanish explorers and lessons have not been learned. The company leaders hire mercenaries (called paramilitaries) as company workers to physically force residents from their homes.

Glamis Gold, a Canadian company mining in Guatemala, operates an open pit mine, Marlin. This mine is near San Marcos. Marlin is the largest gold mine in Central America with earnings over $1 billion. Since the mine opened in 2002 life in the surrounding communities has worsened. Water sources have become contaminated with cyanide and heavy metals. The cyanide and heavy metals spill out of the pits and poison the ecosystem. Other communities have to deal with drinking water laced with arsenic, mercury and lead. Many communities have to travel to other communities to find water that will not kill them. This contaminated water also hurts the crops of the people in this area which they need to survive.

The health of the people near mining operations in Guatemala suffers from this contamination. This is compounded when the area has little access to proper health care. Hospitals are typically far from outlying rural communities. Most of the hospitals in this area are not equipped to deal with many of the problems that arise due to the mining industry in Guatemala. These mine face resistance from residents, but even though the communities vote against the beginning of a mine, companies will often go ahead with their plans. Communities which fight back against the mining industry in Guatemala are often beaten back with force and murder.

An example of this was Barrio Revolución when the residents of the town were evicted not only by encroaching nickel miners, but the government gave the blessing to the eviction. The public prosecutor issued the eviction notice and essentially justified the repression of the community. Rape and murder are also problems whether they are perpetrated by the company workers or the police. The whole region is suffering in multiple ways from the mining of metals except those at the top. 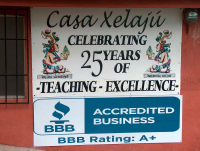