New York, NY -- (SBWIRE) -- 02/12/2020 -- Misty Blanco, a leading musician in her own right, has taken the entertainment industry by storm with The Misty TV firm as well as signing of mega talents of the music world.

Also known as Mysterious, the star shot to fame as the protégé to music tycoon P Diddy. She was making a name for herself as a frontline musician in mainstream rap. However things took a turn as she realized her true strength as a CEO promoting massive upcoming talent in the industry.

Her search for underground hip hop artist led her to Amboy NJ called "WEMC" from Perth. Talents Umar (lightskinnword) and Kutty Chris Banga were also signed up for exclusive management representation. Tommy Gee TV is another shining star signed up with the company and there are reports that Shaunie Walker who used to be signed to Queen Latifah's Flava Unit will join the bandwagon.

Misty Blanco also works with many other talents including Young Devyn, Jayla Koriyan, Ib Mattic, Mu Dills, Carciolo. In 2016, she established The Misty TV Firm, which has been another success story in her life. The company will produce a new talk show with MVP Entertainment run by Marcus Washington and Jamin G Walker along with Buttertree Studios.

"Music Saved My Life" the show created by her could also be picked up by Viacom. Anotherbig news is that she might have signed a multi-million dollar deal with secret billionaire investors. Managing sensational talents, major TV shows, casting for "Writrz Block"; Kimberly Bert aka Misty Blanco is winning over the music industry with everything she does.

About Misty Blanco
The musician who was once the protégé of P Diddy is now the CEO of The Misty TV Firm and has become a force to be reckoned with in the entertainment industry. 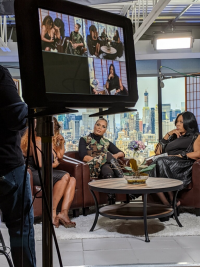 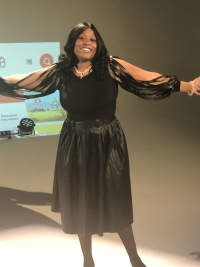