Parker, CO -- (SBWIRE) -- 04/11/2013 -- “Multi-level marketing is doomed.” At first glance a bold pronouncement but, when it comes from someone as intimately involved in the MLM scene as Larry Crisp, one of the industry’s biggest success stories of recent times, perhaps every one of the 16 million US citizens attempting to derive an income from it should be taking notice.

Billionaire hedge fund manager Bill Ackman and representatives of the National Consumers League will certainly be listening intently to what former stockbroker Crisp has to say in light of their ongoing calls for an investigation into the way one of the largest MLM’s – Herbalife – is operated. The way the iconic firm has been criticized of late is the tip of the iceberg for Crisp who admits: “After more than 50 criticism-plagued years, the MLM world is facing its biggest challenge to date. I believe there’ll be a seismic shift in 2013, in fact, it is already underway with Ackman and others calling into question the viability of the industry as a whole.”

With two decades of hard work and life as part of the ‘million dollar club’ behind him, Crisp views himself as one of the lucky ones. But now, the same passion that helped him achieve his success, placing him firmly in the top one per cent of MLM industry earners for quite a number of years, is being put to use highlighting the problems with product-based MLM schemes. In a new video, which can be seen on http://www.endofmlm.com (and also on http://mlmconfession.com), Crisp confesses: “Fewer than 1% of the people involved with most MLM business opportunities will make any money; 99% will most often lose money!”

Realizing his views may upset many friends, and that he’ll more than likely receive some flak from industry insiders for so publicly siding with those in the Ackman camp, Crisp hasn’t been deterred from speaking out on the need to re-adjust the model.

He explains: “The MLM bubble is on the cusp of bursting thanks in major part to the current climate. The cost of most products is just too high. Family incomes have declined and, in today’s economy, people are more frugal. They are not inclined to buy the typical pills, lotions, and potions that many of the MLM companies sell, especially when those products are several times more expensive than comparable brands, purely so that bonuses can be paid to multiple layers of a leadership team.”

“Most people that take up an MLM business opportunity are destined to lose money from the start because of required purchases and other expenses. Distributors generally obtain their benefits not from the sale of goods or services to customers but from recruitment. And with regulators and the press now scrutinizing the business model more closely, I believe the days of recruiting a ready supply of willing people into a sales network are over.”

Crisp isn’t all doom and gloom though. Far from it. He also gives those looking to replace an existing MLM income stream with something more sustainable, cause for optimism during his video, explaining that there are emerging systems out there more capable of succeeding in the present climate. At the end of the film he invites people to find out more for themselves.

He says: “I’m an optimist. For me, there‘s always a silver lining in the midst of turmoil. And after years of looking for a better business model, I believe I’ve found it! I’m particularly interested in a new system that isn’t driven by a captive distributor base consuming one company’s products. The new model is sustainable and works because it’s based on actual shopping carried out by real customers – you never have to ask people to buy things they are not already buying and, even when discretionary spending is cut back, people will always need to purchase life's essentials; things like food, gas and clothing. Simply teach others how to turn everyday shopping expenses into valuable assets.”

“I like it because the concept is simple. You shop within a loyalty network comprised of local, national and international merchants, and receive cash back with every purchase. Refer others, and you receive cash bonuses every time they shop along with additional benefits. The money is generated by the discounts negotiated with some of the largest retailers in the world, as well as small local business’, who are willing to pay because it helps them save on advertising costs.”

“The global economy is changing rapidly. Technology that allows people to do comparison shopping online will not be favorable to multi-level companies pushing overpriced consumables. The systems that interest me most, will allow people to purchase the goods and services they want, from retailers they know and trust, at a physical location or online, are the models destined to succeed.”

He concludes: “For me as an independent business representative, such a system also offers international diversity, is easily adaptable to the needs of a local community, and will not be adversely affected by inflation, austerity, or price controls.” For further editorial information, digital photography or to arrange interviews please contact: Larry Crisp via endofmlm@gmail.com or call him on 1-303-800-4284. http://www.endofmlm.com/ 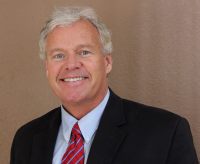