Memphis, TN -- (SBWIRE) -- 08/07/2015 -- Known for creating and designing the trendiest clubwear, couture and formal wear, Akoyin by MoAqua is set to be launched as an official website along with the launch of its brand new collection.

Since the tender age of 10 years, when she began to sew after learning from her grandmother, Monike Phillips, who loves to go by the name of MoAqua, decided that fashion and lifestyle is something that would work excellently for her. Seeing the final results of her creations gave her an immense amount of satisfaction and it is this motivation that droves her to create and design some of the most breathtaking fashion pieces that are perfect for clubbing as part of a couture collection or simply for formal occasions.

Akoyin by MoAqua is largely inspired by nature. The creator of this exquisite fashion clothing line firmly believes that something as simple as a walk by the river can result in a brand new collection. In addition to this, her children's vivid imaginations are also a source of inspiration that provides foundation to Akoyin's collection.

With Louis Vitton, Dior, Versace and Alexander Wang being her favorite designers, it would be safe to say that she finds an immense amount of inspiration from them as well.

"As a Clothing Designer I try to stay ahead and predict what's going to be hot in the season, and what was going to sell!" Monike 'MoAqua' Phillips, creator and owner of Akoyin LLC.

About Akoyin
The main aim of Akoyin is to offer the best services in the form of trendiest designer collection at pocket friendly prices without compromising on the quality that it is known for. For Akoyin, its clients are of prime importance and therefore, all the designer collections thus launched, are done so keeping in mind their likes and dislikes.

Akoyin's website launch will feature not only the ability to purchase MoAqua's ravishing collection online but it will also feature enticing blog posts containing informative content for the readers and buyers.

Predicting trends for the upcoming season, MoAqua is confident that graphics will make it big this season in addition to white on white, which is bound to take the fashion world by storm. 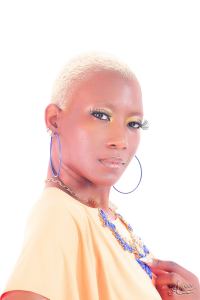