From News and Articles to the History of SmartPhones, This Encyclopedia Covers It All

Burbank, CA -- (SBWIRE) -- 04/08/2013 -- As of October 2012, six billion people across the globe now have a cell phone device, according to a United Nations Telecom agency report. This works out to approximately one for 86 of every 100 people and these figures are from 2011. "As the population of cell phone users continues to grow, people will become more interested in these devices, their history and what to expect in the future. That's where Mobilecana comes in," Ross Toorani, media contact for the cell phone website, states.

Older generations remember when the cell phone became a hot ticket item back in the early 1990s. The History of cellphone devices goes back much further than this as the earliest mobile telephone for automobiles was actually introduced in the 1940s. These devices were not only bulky, but used a great deal of power and telephone company networks were only equipped to support a few conversations at one time. Over the years, the phone companies worked to improve the technology and networks used with these mobile devices.

In the 1990s, 2G mobile devices were offered. What made these devices popular with users was the digital technology used in these cell phones. Not only were the phones smaller, the batteries lasted longer and cell phones began to take off. Now these devices are capable of doing much more than just allowing people to communicate. "Mobile device users can now access the Internet, send text messages and chat in real time. Twenty years ago, this was unimaginable," Mr. Toorani continues.

Mobile phone apps play a large role in the popularity of these devices with many apps coming downloaded on the mobile device. Users have the option of downloading additional apps from an app store or through the Internet, with music, games and IM apps being the most popular. "Some users discover their isn't an app to meet their needs and begin researching how to create smartphones and tablet Apps. Mobilecana understands this and provides information on this topic so users have what they need at all times to maximize the productivity and usefulness of their cell phone. A user can create an app in a short period of time and then sell it on an app store to profit from the app he created," Mr. Toorani goes on to say.

Cell phone users want the latest in technology and Mobilecana strives to keep site visitors updated on the future of smartphones. From recent rumors to new releases, all are covered to ensure consumers have the information needed to make informed decisions when it comes to cell phones. "Mobilecana understands the importance of cell phones to mobile device users and works to provide this information in one central location to make it easier. Users can learn about new phones coming out and find out what smartphone manufacturers are doing to increase the abilities of these device. Very few things are as frustrating as buying a phone only to have a more advanced version come out in a few short months. This won't happen when buyers make use of Mobilecana" Mr. Toorani declares.

About Mobilecana
Mobilecana has become the encyclopedia of cell phones thanks to the wealth of information found on the site. When visiting this site, consumers learn about cell phone apps, news, history and more. Articles address topics such as cellphone capabilities over the next five years so consumers never need to wonder about what is coming. Mobilecana offers everything consumers want and need when it comes to cell phone information. 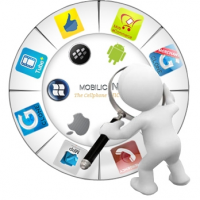