Smileys, emoticons or emojis are those fun faces and characters that people started using in emails, text messages blog posts, communication and social media posts. Some people find them annoying though. But the truth is, haters just have to live with it, these graphics are practically everywhere, especially social media - they can’t be avoided.

Beaver Falls, PA -- (SBWIRE) -- 08/18/2014 -- Depending who a person is conversing with, smileys may be the most exasperating part of man’s language or these may be the best addition in today’s written communication. Social media sites like Facebook, these smileys are all over the place. They are in statuses, wall posts, messages etc millions of users from different parts of the world are using them and probably has become a part of how they communicate on a daily basis.

What good can a colon (:) and a close parenthesis “)” that makes a smiley face “:)” do? Or perhaps the other combination of Facebook symbols that will generate a particular smiley once posted. These give the messages that users are posting what they are feeling, and lighter the impact of messages that may appear offensive if read on a plain text.

The difference is that in the “real world”, when people connect in person, inflection in my voice is audible; It will be obvious that a person is being sarcastic. His body language shows that. But reading a long winded message, one can’t necessarily infer one’s facial expressions. This is when the use of emoticons comes in handy, to show what one is feeling and/or doing.

Mogicons provides Facebook smileys list that is accessible to users around the world. Mogicons has a vast array of smileys to choose. Users don’t need to memorize each of these smiley’s codes, a quick copy and paste of the code, users can now use the smiley that will represent what they are feeling. Mogicons also has a collection of Facebook stickers, an advanced form of the usual smiley.

About Mogicons
Mogicons Facebook Emoticons has a large collection of facebook emoticons that will surely appear pretty much everywhere on facebook. With Mogicons’ emoticons users can now give their words a personality and astonish their friends with thousands of funny and entertaining emoticons and stickers. 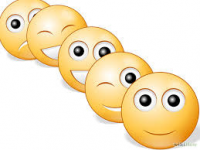 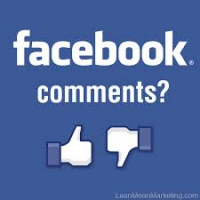