Monsters, Humans and Survival - Oh My, A Great Gaming Experience

Spring, TX -- (SBWIRE) -- 10/07/2014 -- Rick Stalder, CEO and Art Director of Studio Yokai points out that his is a new and independent studio for developing rich and meaningful games for mobile devices. Rick has a decade of experience in the games industry, working on such notable titles as HALO 4 and PREY 2. Stalder was also leading the UI team at the super, secret Black Troll Studios which came to light after articles by playstationlifestyle.net, Game Informer, Joystiq, and Gamespot were released.

“I want to provide players with fresh ideas and new ways of engagement,” says Stalder. “I have christened this experiment as PROJECT GALLOUILE”.

When asked about the premise of the game, Rick would only say – “Isn’t it scarier to not know what’s out there in the dark? You think you know – but you really don’t.”

PROJECT GALLOUILE's deep storyline, the game mechanics, fantastic art and the thrill of the unknown will certainly attract those who like to explore, build and conquer. The aim of this open-ended game, according to him, is to provide players with a large, diverse and unique world, dungeons and towns so they can explore and enjoy that world that may appear to be growing and changing around them

Rick continues that initially, he wants to release the game for PC, iPad, iPhone, Linux and Android and to port it also to Sony PlayStation 4 and Xbox One later when they would be able to add new lands and additional dungeons. Gamers can have goals and apart from playing individually or with their friends, they can take part in company-sponsored weekly events also.

Stalder adds that like in other sandbox-craft games, the terrain of this game will be under the control of the gamers. The game can be played on platforms like Windows and Linux, via Steam and through the website of Studio Yokai.

They say they are seeking the help and support of Kickstarter and its community of independent game enthusiasts for additional funds.

Funding will help them release the alpha within two months and the beta within 90 days. The final release will happen by May. The PlayStation 4 and the Xbox versions may be released during the later part of 2015.

Initially, it will be a single-player game and they have ideas to make it into multi-player and co-op modes. Studio Yokai says that they will be keeping the enthusiasts updated of the works progress.

Even holding the community forum, website, and servers may also cost heavily. But these are needed for enhancing player experience adds Studio Yokai. They are participating in http://kickingitforward.org , and are pledging to donate 5% of their kickstarter profits towards other Kickstarter projects, especially video games and tools.

About Studio Yokai
Studio Yokai is a new and individual game development studio. They are launching a new project known as, PROJECT GALLOUILE. 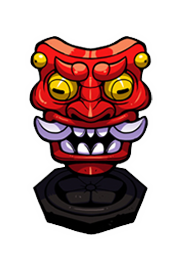