MotorScore.com Announces the Porsche 911 Carrera as Its Inaugural #1 Car in the World

Tempe, AZ -- (SBWIRE) -- 12/07/2012 -- Motorscore.com has just announced its inaugural #1 car in the world— the Porsche 911 Carrera—based on an average score of professional car reviews across the world. The website, which collates car reviews from around the world and has served nearly 200,000 unique browsers looking for a car to buy, will release the full top ten list in the coming weeks at http://www.motorscore.com.

As a leading car review website Motorscore.com takes a much more accurate and expansive approach to reviews than all other websites. Rather than a single review from an anonymous or potentially biased source, they collate car reviews from all over the planet, written by industry professionals. This gives the best true picture as to the real rating of a car. Based on this, the website has identified the Porsche 911 Carrera as its inaugural #1 car in the world.

The Porsche 911 Carrera achieved an incredible average score of 91.6/100 from professional car reviewers all across the globe. Readers can check out the 911 Carrera’s stats at http://www.motorscore.com/porsche-911-carrera-the-worlds-number-one-car/. “Porsche in general absolutely killed it with professional car reviewers,” said Motorscore.com founder Mat Newton. “We will be releasing the full top ten list in the coming weeks and we’re certain readers will be blown away by the performance of these cars.”

Born out of the frustration experienced by founder Mat Newton when he was searching for a new car, he created a new ranking system of all the cars on the market so readers/shoppers can compare the cars during their search. Along with each reviewer’s detailed review, readers will find an individual score for the car out of a possible 100. These individual scores from each of the 25 professional reviewers are then collated to derive the average score. “Our goal is to give people a genuine way to compare cars that has real world meaning so that they can make informed buying decisions,” said Newton.

In order to bring context to these numbers, readers will find bulleted specifics on each car that deal with both the positive and negative aspects of performance, handling, styling, features mileage efficiency, cost and much more as well as the full review from each of the 25 industry professionals. Each car will have reviews for multiple years of the car’s manufacture from 2007 to 2012.

About Motorscore.com
Motorscore.com has been in operation since June 2012. Since that date, it has served close to 200,000 unique browsers looking for a car to buy. It aggregates car reviews from around the globe and calculates an average score for each vehicle in order to gain a robust outcome for each car. Readers will also find guides for every major car type. MotorScore.com also operates http://medisato.com. 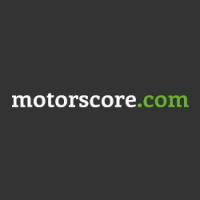