Los Angeles, CA -- (SBWIRE) -- 11/26/2012 -- SGL Entertainment launches the official movie trailer for the full length vampire western horror film "JEZEBETH 2 HOUR OF THE GUN" Starring Ana Santos as Jezebeth. “It's the year 1881 and the outlaw vampires Jezebeth and Billie Gunn, now bitter enemies have parted ways after a human child is gunned down in cold blood. Now after 130 years that same child who became a vampire is used by the outlaw Billie Gunn as bait to lure Jezebeth back to the land where it all began for a bloody final showdown.”Written, Directed and Produced by Damien Dante. Co-Produced by Jeffrey A Swanson, Edited by David O'Brient Jr., Cinematography by Jeffrey A Swanson. With a Special Cameo appearance by actress Bree Michaels who starred as the original Jezebeth in the vampire horror film JEZEBETH (2011) released by R Squared Films worldwide.

"JEZEBETH 2 HOUR OF THE GUN" will be available worldwide via R Squared Films and SGL Entertainment in the Fall of 2013.

About "JEZEBETH 2 HOUR OF THE GUN"
The Jezebeth Franchise is the creation of Filmmaker Damien Dante and Record Label President Jeffrey A Swanson. The two entrepreneurs meet at the Portage Theater in Chicago for the screening of Damien Dantes feature film “The Blind And The Dead”. Jeffrey was impressed with the fact that Damien had completed a full length horror film in about one year. The two talked about making a film together and soon the dream had become a reality. Damien Dante had already been working on a screenplay and brought up a few different names including Jezebeth. The name was perfect, Jezebeth ”The Demon of Falsehoods and Lies”. The two acquired the website domain Jezebeth.com and then went on a life changing quest to create a vampire horror film unlike any other. In less than three years the two partners along with their hand picked cast and crew had completed their full length vampire horror film Jezebeth. And, with a six figure multi picture deal including a television series now in place, the future looks bright for the Jezebeth Franchise… 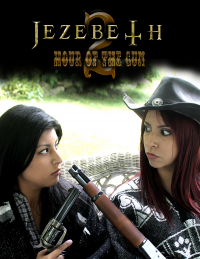 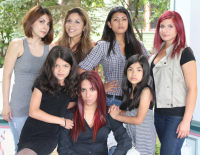