Sherman Oaks, CA -- (SBWIRE) -- 07/08/2013 -- "We are thrilled to have Farrah Abraham host our inaugural awards; a colorful tribute in the spirit of entrepreneurship, celebrating achievements and performances in business, philanthropy and the arts, “Carla B. said.

The EOTM’s is a mass entrepreneurial movement, with a mission to harness the spirit of innovation; creativity and activism at the core of the entrepreneurial community, empowering individuals, fans and brands, recognizing movers and shakers from around the globe.

"I'm very excited to host the Entrepreneur on the Move Awards on August 4th,” said Farrah. “For one I'm a true Entrepreneur at heart and I am an advocate for believing in the potential of other entrepreneurs. I feel being an entrepreneur is one of the most difficult career paths to take, so daring, and all entrepreneurs who are attending deserve this time to celebrate and be rewarded for their hard work," Farrah continued.

“Farrah is only 21 and has completed a dual degree in culinary management and arts, has helped her family turn their recipe into a mega business with the launching of an Italian Hot Pepper sauce called, MOM&ME. She is unbelievably talented, knows how to roll with the punches and epitomizes what it takes to be a great entrepreneur, she’s a maverick, a risk taker and we couldn't be happier with the creative team we've assembled,” Ms. B continued.

The budding entrepreneur is also a New York Times bestselling author for penning, “My Teenage Dream Ended” and most recently announced the launching of her own reality TV show with Spinboi Films.

“We have seen a great blend of artistic talent and entrepreneurial minded individuals nominated for our inaugural show. All of which are true testaments of diversity in which entrepreneurship can exist. Whether it is Music or Film, Television or Corporate America… it is their passion for artistic perfection that helps enrich the lives of others… and the only reason we exist,” Carla added.

The 1st Annual EOTM Awards will be presented on Sunday, August 4, 2013, at the Pacific Design Center in West Hollywood, California.

About the EOTM Awards
The EOTM Awards is an accolade presented by the EOTM Radio & TV Network celebrating entrepreneurial achievements and performances in business, philanthropy and the arts (recordings, television, radio, and literature, film, directing and writing). The EOTM Awards Show will also present “Christopher Kennedy Lawford” to key individuals and organizations that promote human rights and social justice. 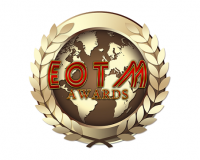 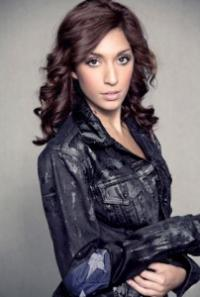