CHAMPAIGN's classic Platinum hit “How 'Bout Us,” enjoying new found recognition,rising to the top in Holland the second time around in 2012.

After clarifying which release, Brenda learned that their latest video “How 'Bout U.S. America,” a Patriotic Tribute to America, was the tune Walter was speaking of, “How 'Bout Us” becoming song of the year, once again, in Holland by mid July, 2012. Of course, they'll have to wait and see what the rest of the year brings; however, Executive Producers Pauli Carman, Brenda Bouschard, and Johnie Lewis Tidwell, Jr., will gladly accept their current ranking with sincere appreciation and gratitude.

Reaching number one with the same song / same artist, again, so many years apart is almost unheard of, quite a rush, and the release of “How 'Bout U.S. America” has spawned numerous interviews over the last month. Pauli gave the first International interview to Holland's http://www.radio2.nl, and more domestic interviews have followed, Pauli and Brenda sharing the mic for a few, as well.

Several press releases have hit, along with special mentions in the press releases of others, such as the Muzart World Foundation (http://www.muzartworld.org), dedicated to keeping music and arts in public schools for children, and Conscious Music Entertainment (CME)(http://www.consciousmusic.webs.com), a talent agency that focuses on positive entertainment for the whole family. CME has bestowed their prestigious SPARKLE AWARD, a recognition to those who truly demonstrate profound, positive, all audience entertainment, upon CHAMPAIGN and Pauli Carman. The group's dedication to great music and lyrics, with the conscious mandate to keep it all clean for the ears of our youth, understanding the impact that music has on our children, teens and young adults, is an all encompassing trait that has kept them in musical rotation worldwide for so many years.

In addition to “How 'Bout U.S. America” are the recent singles “Share” and “This Time,” released earlier this year. You can search youtube.com and find all three of these tunes with video, as well as at the group's website, http://www.champaignband.com.

Since the release of “How 'Bout U.S. America,” the youtube hits for it have climbed to over 23,000 and still climbing. From Australia to Asia to the United States to Europe to Africa...it's been an amazing experience for this group to see their positive message reach so many people. Some fans are quoted as saying, “Wow, that's really awesome.” ~ Hanna, U.S.; “All I can say is, wonderful, wonderful. Really enjoyed this.” ~ Frank, Chicago, IL; “Awesome!! Really!!” ~ Dan, Connecticut; “You are aces in my book!” ~ Johnny, Florida. “I'm so impressed!! SUPER doesn't cover enough! It's AMAZING!!!” ~ Arne, Denmark; and many more, plus “shares.”

“How 'Bout Us” remained in the top ten for 22 weeks when released in the 80's, and it has never lost its classic appeal. Still receiving International airplay, it remains one of the best all-time R&B hits ever produced and is also included in Time Life’s Body & Soul collection.

Pauli Carman, lead singer of CHAMPAIGN; Brenda Bouschard, Vice President of Artist Development; and Johnie Lewis Tidwell, Jr., President of New Media Content Publishing; form the nucleus, completing the circle, keeping the music of CHAMPAIGN alive and well. Based out of Las Vegas, Nevada, these three creative talents, along with the group's full performance team, are still driving it home to the heart and soul of America and the World. 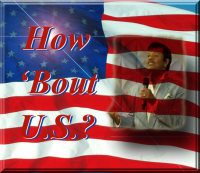 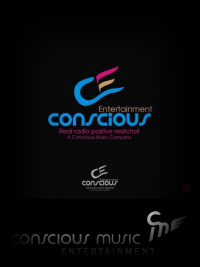