Jacksonville, FL -- (SBWIRE) -- 03/04/2016 -- MyEverBalance.com, Jacksonville's leading yoga studio that made its mark in offering health and fitness classes which include barre, Pilates, and yoga tackles the possible benefits of practicing rage yoga. MyEverBalance.com discusses the advantages of rage yoga after learning about a class that advocates the kind of practice that is a total opposite of the conventional yoga.

According to MyEverBalance.com, yoga, in its general sense is a versatile form of physical activity. Thus, screaming and swearing doesn't affect the positive effects of Jacksonville yoga and the poses being practiced. As a matter of fact, MyEverBalance.com suggest trying outrage yoga most especially if the person experienced different traumatic incidents, heartbreak, loss of a loved one, and other life's worst downfalls. The power of letting all the hatred and anger with the use of foul language can help the person to ease the pain due to a previous experience.

As its name implies, the rage yoga is a lot different from the traditional yoga. Instead of mindfulness and calmness, rage yoga is all about releasing anger and hatred with the use of foul words and offensive gestures. The students are taught to open up their minds and release anger by shouting and swearing while doing the yoga poses used in Vinyasa yoga. Even though the poses are the same, it is conducted at a slower pace giving the students enough time to shift from one pose to the other.

The rage yoga is not a new variation or type of yoga. However, Lindsay Istace, a professional contortionist, and a fire eater, offers a twist in the rage yoga as she tries to popularize the method. Istace is practicing and teaching rage yoga to her students residing in downtown Calgary and nearby places. Traditional yoga and its other variations are usually practiced in a calm and peaceful studio or environment, which is another difference between a traditional yoga and the rage yoga because the latter is conducted in a curtained and dim basement.

After releasing the hatred and pain, MyEverBalance.com advocates following the rage yoga with the traditional yoga. In this manner, the person can cope with the traumatic experience in a positive and optimistic approach. Moreover, the practice of the traditional yoga will help the person to align his or her vision to the original goals and objectives that were distracted due to the unexpected turn of life events.

About Everbalance
Everbalance is a known wellness boutique studio in Jacksonville that helps their clients in achieving balance and homeostasis by increasing their stamina, revitalizing the soul, rejuvenating the body, attaining flexibility and improving the mind-body connection. With all the services Everbalance offers every client is sure to be one step ahead in achieving optimal health and overall well-being. 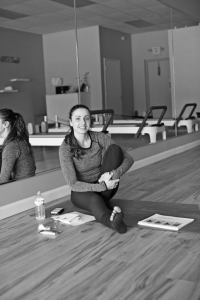