Forestville, MD -- (SBWIRE) -- 04/05/2019 -- While everyone else was looking at tax season as a way to get a decent refund, Marlon Jackson, founder, and CEO of MyTaxx Offices, decided he was going to look at it as a promising business opportunity.

Now, through the upcoming launch of his new website, mytaxxoffice.com, Mr. Jackson seeks to bring that opportunity to as many people in the black community as he can possibly reach.

"I'm trying to expose people to this industry so that we are not taken advantage of," says Mr. Jackson. "The tax preparation industry is a 16 billion dollar a year industry. Think about all we could do in our communities with just a fraction of that money. Think about all we could do for our families if more of us would learn how to make a 12-month income in just three months."

Indeed, Mr. Jackson wants to be known as "the black guy who helped bring the money back to the community." After observing that the vast majority of the consumers of tax preparation services were people of color — and that the same people of color only made up a tiny fraction of those who actually owned tax prep offices — Mr. Jackson decided to spring into action. He believes that, given the right opportunity, communities of color can and will make positive change by investing in their banks, schools, and other local institutions. And that opportunity, he believes, lies in the tax preparation industry.

"There aren't many industries that we can tap into right now and get a billion dollars. We could do that right now if we come together. It's not about math and it's not about science. It's all about loving your people."

The website, mytaxxoffice.com, will officially relaunch in the early spring, likely right after the 2019 tax season. In addition to offering affordable tax preparation services, MyTaxx Offices will provide valuable information around tax literacy, tax changes, and the latest innovation in the tax industry. Mr. Jackson will also offer the opportunity to own your own tax prep office and the training, software, and an A-Z operating model.

"If it were up to me, every child coming out of high school would work in a tax office during tax season. It give them a valuable transferrable skill while also getting them out of their parent's pockets for a while."

About My Taxx Office
Mytaxx Offices is looking to expand nationally and change the face of the financial services industry by throwing open the doors to all people in general and black people in particular, who want to make this industry their life's work. Help us brand our business model so we can be a beacon of light to the underserved communities. 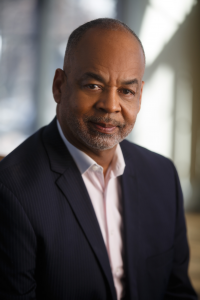