Nam Huy has recently published new editorials on the latest news and tutorials for Linux, including information on Valve’s new Steam OS and GUI interfacing for Debian 7.

Westminster, CA -- (SBWIRE) -- 10/07/2013 -- Linux has often been considered a niche operating system, third in line after Windows and Mac and usually reserved for computer specialists with a passion for coding, as the Linux operating system is an open-source, programmable system that allows for customisation through manipulating its architecture and functions using lines of code. This allows for greater flexibility and customisation, greater stability and several other key advantages, but has the downside of needing to understand programming language. Nam Huy is a blog that tries to help people understand and master Linux by giving tutorials on how to get the best from it.

The site also covers the latest news and developments around Linux, and has recently published an article entitled ‘Valve Introduces Steam OS’ about the imminent launch of Valve’s Steam Operating System, a linux based operating system designed to revolutionize gaming. The operating system offers the ability to stream games from a PC to any other device in the home with an internet connection.

The latest tutorial published by the site explains how to Install GUI on Debian 7 Wheezy, a universal operating system powered by Linux that allows individuals to customize the look and feel of their system. By following the steps in the tutorial, users can choose one of eight major Graphical User Interfaces (GUI’s) created by different open source developers, depending on how they use their computer.

A spokesperson for Nam Huy explained, “Huy Tran has been, like many converts from Windows operating systems, transformed into an evangelical by his experience of Linux, and wishes to share his experience on the world of Linux development and customization and share good news about Linux’s continuing development and evolution. The fact that Valve has created their Steam OS using Linux is an exciting endorsement for the medium, and Huy Tran takes readers through some of the implications for Linux users, as well as the wider gaming community.”

About Nam Huy
Nam Huy is the personal blog of Linux enthusiast Huy Tran, who posts regularly on his own developments within Linux, tutorials for those new to Linux to begin getting the best out of the operating system, and news and developments from Linux themselves and other major Linux users. The blog is regularly updated with features, and includes a forum and contact sheet for personal consultations. For more information, please visit: http://namhuy.net/ 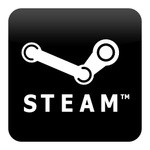