Hollywood, CA -- (SBWIRE) -- 05/03/2012 -- Every year, more than 58,000 people apply for legal name changes in the United States, and this trend is growing year by year. This Uber Trend is catching on, from Rock Stars, to Movie Stars even Writers to Politicians, numerous people are changing and improving – their birth names.

Federal law mandates that name changes be allowed, but state laws regulate the process. And while informal name changes are allowed by most states, the legal process varies from state to state. But what are some of the real reasons the Famous and noteworthy movers and shakers changed their names? You could start by asking Eric Arthur Blair, Demetria Gene Guynes, William Jefferson Blythe or even Thomas Mapother IV. That is IF you could even find those individuals! Why, because the people you would really need to ask is George Orwell, Demi Moore, Former President Bill Clinton and Tom Cruise.

Social researcher Mark McCrindle states, “It's something that we're seeing more and more of in society at the moment," he continues"(Changing their names) can make them more interesting." Name change generally refers to a legal act allowing a person to adopt a name different than their name at birth, marriage, or adoption. Name changes by the famous could be attributed to selecting a name more relevant to the times or their beliefs such as Sports Stars Cassius Marcellus Clay, Jr. becoming Muhammad Ali or Chad Johnson becoming Chad Ochocinco. Sometimes the famous change their name to not only make the more marketable but to execute a legal maneuver to protect their personal information from stalkers and deranged fans.

Take for example the independently syndicated radio and TV personality turned media mogul – technology superstar – J. Jovan Philaw. For years he was only known as “Jovan” to the reading, listening and viewing public. Then when a deranged fan saw Jovan driving his vanity license plate car around town, the fan used the open records on the Internet to find where Jovan lived and all his personal information. “When I answered the door and there was this huge burly man wanting to share his man love with me and my family, it frankly scared the crap out of me”. Jovan continues, “Suddenly everywhere I went here was this man wanting to elope with me and make me his property. So after massive legal help and intervention I changed my name. I kept Jovan, since I will always be Jovan, but took Hutton as my middle name after my newborn son and adopted Pulitzer as my last name.” Thus Jovan Hutton Pulitzer (but still just Jovan) was born.

As E online reported, “Since the dawn of time, Hollywood stars and professional athletes have been rocking names that they weren't born with. Jennifer Aniston has more of a ring to it than Anastassakis. And, to think, it could've been Natalie Hershlag, instead of Natalie Portman, picking up the Best Actress Oscar for Black Swan.” “But, as L.A. Lakers star Ron Artest— wait, excuse us, Metta World Peace—has reminded us, there are also a number of famous types who have decided to switch things up mid-career, after having already made a...well, a name for themselves.” Can a name change affect the complete image of a person? Here are some famous Hollywood or other celebrity examples that illustrate the power of a name change. 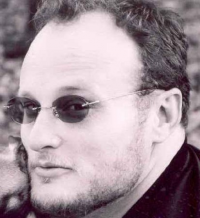 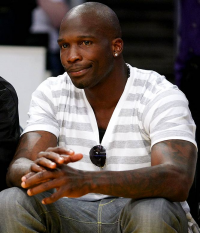 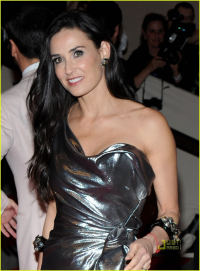