Windhoek, Namibia -- (SBWIRE) -- 10/23/2014 -- It's a new style of animation that's all encompassing – Namation, and Indiegogo campaigner and dreamer Esther Toini Amadhila hopes to bring it to life with the help of interested animation enthusiasts everywhere.

Namation is a style of animation influenced by Namibian culture, history, and mythical worldview. The 13 characters are derived from the 13 specific different groups of people found in Namibia and the name Mirabilis comes from the Namibian signature plant, Welwitschia Mirabilis which can live a thousand years in the harsh Namibian desert environment.

Just as the Mirabilis lives and thrives, Esther's dream of seeing this cartoon story come to life has lived and thrived despite not having the financing to make it happen. Being Namibian in America, Esther couldn't identify with any of the characters in the many cartoons and animated movies she watched over the years and that fueled her dream to one day make animated movies/series with a Namibian influence.

About Angel Investors
Angel investors helping fund the Thirteen Mirabilis Namation Project campaign to the next level will be eligible for perks such as thank yous, character T-shirts, poster, DVD and credits.

The team also understands not everyone may be able to give money to help the Thirteen Mirabilis Namation Project, so they ask that those who cannot give monetarily help by spreading the word about the Thirteen Mirabilis Namation Project online through social media such as Facebook, Twitter and Tumblr or record a video challenge for Vine, Facebook or Instagram to invite friends to give to or share this Indiegogo fundraiser. Include #ThirteenMirabilis in all posts. 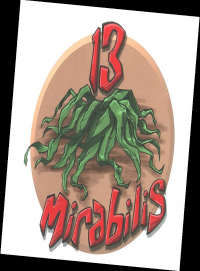 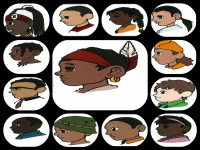