Essex, UK -- (SBWIRE) -- 05/30/2011 -- The wireless router market is forever evolving and consumers sometimes find it difficult to keep pace with the latest technology.

The new sleek Pro-59 Wireless Router by Netgear has quickly become a popular choice amongst consumers not just for its reliability and speed but for its potential for market longevity.

What the Pro-59 has over its lesser competitors is a superior wireless range, a strong, consistent signal and most importantly, it’s one of the easiest routers to set-up currently on the market.

A spokesman from Netgear UK says the company couldn’t be happier with the final product.

“Netgear have worked really hard on this one. The market is obviously very competitive and to have a product out there that will stand the test of time is what consumers want. The real benefit of the Pro-59 is it’s as good as any of the top-end business routers yet it’s just as easy to set-up as any of the basic home models,” he said.

The Pro-59 is compatible with both Apple and Mac computers, and like the previous Netgear WNDR3700, it also features a simultaneous dual-band wireless N-router. The dual-band gives the Pro-59 broad usability and fantastic speed even with multiple heavy internet usage.

At the back, the Pro-59 wireless router boasts an impressive three Gigabit LAN ports as well as a USB port to enable printer sharing. Extensive testing has shown the Pro-59 can deliver up to 300Mbps but usually sits around the 250Mbps, still almost five times the rate of most standard routers.

According to wireless router deals, the one thing Netgear has focused on more than any of its rival companies is customer service and support. Netgear recognizes customer service it is often the edge needed to get consumers to write good reviews and to have them recommend Netgear to their friends.

“Prompt and effective customer support is so important to people these days. If someone’s internet ever goes down, they want it fixed the same day and be helped by a real person over the phone. They don’t want to have to listen to elevator music for 20 minutes before someone answers,” the Netgear spokesman said. Netgear’s Pro-59 wireless router has definitely thrown out a challenge to other companies such as Belkin, Linksys and Cisco and it might be some time yet before they can respond. It's with this edge on the competition that Wireless Router Deals has focused so much attention on the Pro-59

For More information on Wireless Routers, including the Pro-59, visit http://www.WirelessRouterDeals.net/ 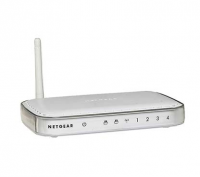