Demerara, Guyana -- (SBWIRE) -- 01/28/2014 -- A new book has suggested that the Arab Spring, and notably the death of Gaddafi, the Syrian Crisis, and the unseating of former Tunisian President Zine El Abidine Ben Ali, were all part of a wider covert Western operation that began more than ten years ago.

The book, Ten Letters To Obama, which was penned by noted Guyanese Author Dennis E. Adonis, has suggested that at the behest of Saudi Arabia and other U.S allies in the Middle East, former U.S President George W. Bush had agreed to a plan by the Saudi Monarchy to rid the region of Governments that are seemingly hostile to the West.

According to selected passages within the book, current U.S President Barack Obama had inherited the plan from the Bush Administration, which was labeled as Operation El Azizia, but was initially reluctant to endorse it.

The book claimed that Operation El Azizia was task with removing Syria’s Assad, Libya’s Gaddafi, and former Iranian President Mahmoud Ahmadinejad from power, via a covert operation of mass civil disobedience, and replacing them with a Western back Government.

It further added that Tunisia was considered a pawn in the process, while Mubarak in Egypt and former Yemeni President Ali Abdullah Saleh were unintended collateral casualties.

Though labeled as a work of literary fiction, the book seems to back a popular notion held by Syria, Iran, and several other pro-Arab nations that the Arab Spring was the inner workings of the United States and its allies.

Ten Letters to Obama was launched via Amazon, Barnes and Noble, and several other major Western bookstores as a hardback, paperback and Kindle edition, on the 10th January, 2014.

It is the nineteenth book to be written and Published by U.K based, Guyanese writer; Dennis E. Adonis.

A shivering masterpiece written by noted Guyanese author, Dennis E. Adonis, has suggested that the Arab Spring was an act of global civil disobedience instigated by the United States and Saudi Arabia, in their collective bid to bring about targeted regime changes in the Middle East.

We are based in London, United Kingdom, with a support team of correspondents from all over the world.

Our primary objective is to research and gather resourceful information as it relates to occurrences, development and other events relating to the book publishing and authoring industry.

Since our founding in 2012, Ipoint Media Works has successfully provide over fifty reliable news feeds, updates, and press releases that the global journalism industry could have depended on. 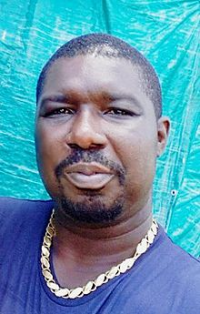