Cremant lives near Miami, Florida, and the region famous for high-heeled divas inspires her heroines. Midnight Truce picks up the story after the were-hybrid heroine Georgia Walker has been escorted home from her Caribbean vacation by Marcus Legrand because her father intends to announce his successor as pack leader. This transition of power forces Georgia to work with Marcus who pursues her with carnal intentions. Although leery of the effect he has on her, she must accept his help to protect her family.

“Alpha…Alpha…Alpha…Her lungs stretched against the confines of her chest, bursting with the need to take in more air. She couldn’t think past those words. The words that bound her to her pack and Marcus in ways she’d never imagined.”

About Laurel Cremant
Cremant considers herself foremost a devoted reader of romance, and writing it makes her admire the popular genre even more. Although her imagination envisions paranormal paramours, Cremant’s real life self is admittedly nerdy. She worked professionally in a science and research lab for years but now directs her creative side toward activating the sexy genes.

Other titles by Cremant outside the Golden Pack Alphas series are Wynter’s Fall, Persuasion Skills, and Negotiating Skills. She welcomes feedback from her readers at Twitter or her website where readers can follow her blog and subscribe to her newsletter at LaurelCremant.com. 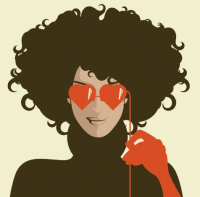 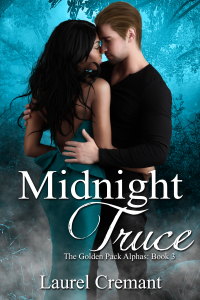 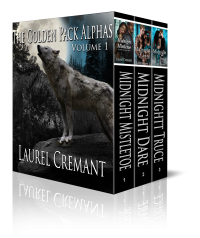