Zug, Switzerland -- (SBWIRE) -- 08/15/2017 -- Metagame.io has announced the upcoming launch of a new online gaming platform that features truly collectible digital trading cards that can be traded in-game for real-world currency. With decades of experience launching AAA game titles, the developers at Metagame.io bring a long history of gaming credibility to the new frontier of blockchain-based game content.

"We're taking a different approach to online multiplayer gaming" said Mike Williams, CEO of Metagame.io. "We realize that there is a divide in how physical and digital trading cards are monetized. While both have their advantages and disadvantages, we've created an environment that combines the best of both worlds. We also believe that the community of players should be the ones who ultimately benefit from their level of investment and engagement. Many trading card games out there are designed to push the player to constantly spend in order to evolve the game. We feature similar expansion options but our in-game sales profits are returned 100% back to the player community to stimulate market engagement and promote long-term player retention. User engagement is our primary goal which gives our token real value because it is social, gamified and is connected to cards that you can actually play with."

Metagame.io is hosting a token Presale to early investors in order to expand licensed content with a wider selection of third-party trademarked brands. Globally, the collectible card game market is estimated to reach $1.4 billion dollars in 2017; leading Metagame.io to localize their game content with international properties including the popular Chinese trading card game San Guo Sha (Legend of the Three Kingdoms) by Yoka Games.

"I believe we have the most inclusive multiplayer gaming experience online", said Williams. "As more people try to build their gaming careers on ad-based royalties and sponsorship, it makes sense for us to open the door for not only top-tier players but for everyone to monetize their hard work in a more direct and reliable way". 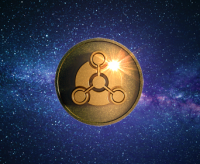