Shingle Springs, CA -- (SBWIRE) -- 08/16/2016 -- Phone getting slow? Don't worry the new turbo cleaner the new speed booster & performance optimizer utility for android phones is a savior for Android Phones. An incredibly light, powerful & worthy alternative to other speed booster apps that feel so lame in front of these new apps.

This new app is already gaining popularity with their powerful yet efficient speed boosting features. In spite of the old, bulky heavy weight cleaners like the clean master that dominate the app store posing problems like copyright issues & complaints take downs for the developers of these apps, the support that the end users are offering to these new entrants is surely encouraging.

This extremely light app of just 4mb features most of features that an android phone user could expect from a decent cleaner & performance tuner app.

A few of features that impressed us in this speed booster app:

Memory Cleaner: An intense speed booster feature lies at the core of the performance optimizer module which can terminate the background apps running in the android phone. Freeing this wasted memory relieves the aching system resource with a new dose of life thus boost the performance

Cache Cleaner: One click cache cleaner module cleans the waste trash from the mobile phone & tablets. These temporary files fill up the smartphone memory, as they use these junk files as temporary parking of idle app data.

Privacy manager: This feature checks & warns of sneaky permissions sought by the apps in the phone. Users can inspect in detail for unwanted permissions from the installed.

App manager: The bulk install / uninstall manager allows one to add or remove apps to their smartphone mobile. A rooted device unlocks many advanced features like freezing / thawing apps to temporarily removing them from device memory. With a rooted device the user can also remove any preinstalled or bundled system utilities that even came with the phone.

Battery Saver: This tool checks in detail what all apps are draining you battery life. Like any app that may be causing the drain or maybe the GPS is using too much power. The owner of the phone can see these power drain details & the battery health info at this tab.

The developers behind the creation of the Cleaner & Battery Saver app is a group of technology enthusiasts & nerdy geeks that breathe code. The core aim of the developer team got together to revolutionize the user experience on Android platform, And with this app their effort & commitment to a better cleaner app with superior features in a super light application clearly shows. 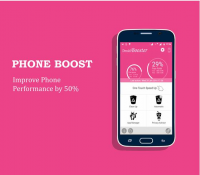 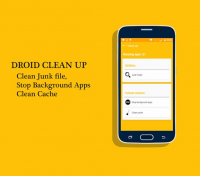 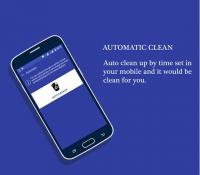