Los Angeles, CA -- (SBWIRE) -- 03/21/2016 -- Starting today, college basketball fans around the world can donate money to their favorite college players participating in the NCAA Tournament. Fanstreme LLC, a sports mobile gaming company, has developed the Player's Bracket ( www.playersbracket.org ), the first product of its kind to allow college hoops fans to vote for and donate money to their favorite players during the tournament. Voting is free, but funds raised will be held in a trust until players are eligible to receive them. Players who decide they do not need the money may optionally have the funds donated to a worthy cause or charity in their name.

"It just makes sense that student-athletes receive some form of compensation for their efforts," says Earl Cole, CEO of Fanstreme LLC, who helped develop the Player's Bracket product with CTO, Brian Yennie. "This is a sensitive topic for many college athletes. What we're doing is giving fans the option to reward these athletes with more than a free lunch."

Student-athletes are generating millions of dollars for their schools but, as "amateurs", they are not allowed to receive a penny of it according to NCAA rules. According to the International Business Times, the NCAA Tournament generated $770 million on licensing fees last year – around 90% of its total revenue, most of which was distributed to colleges. The athletes receive nothing.

In an interview with The Huffington Post last year, even President Barack Obama weighed in on the growing debate regarding student-athletes not getting their fair share of the NCAA multi-billion-dollar pie. President Obama expressed his frustration at seeing "coaches getting paid millions of dollars, athletic directors getting paid millions of dollars, the NCAA making huge amounts of money, and then some kid gets a tattoo or gets a free use of a car and suddenly they're banished."

Athletic scholarships cover the core expenses of college such as tuition and room and board, but often, there is nothing left over. Even top athletes such as Shabazz Napier (2x NCAA Champion) and Jalen Rose (member of the Michigan 'Fab Five') played at the highest championship level while struggling to pay for their next meal, or pay the electric bill at home. 99% of NCAA athletes never get the opportunity to play pro sports when their college careers are over, and to make matters even worse, student-athlete status specifically denies players any form of workers' compensation should they become seriously injured on the 'job'. Fanstreme LLC hopes the popularity of Player's Bracket will inspire fans to support their favorite players directly and shine new light on this important issue.

About Fanstreme LLC
Fanstreme LLC was founded in 2016, by Earl Cole & Brian Yennie, to deliver new and innovative digital experiences to sports fans worldwide. Based in Los Angeles, CA, the company develops casual games and content for all sports fans, ranging from social causes to fantasy and virtual sports.

Disclaimer: Fanstreme LLC and Player's Bracket are not in association with the NCAA® or NCAA Basketball®. All copyrights and trademarks are held by their respective owners. 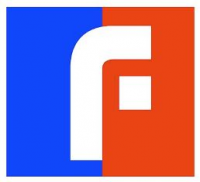