New York, NY -- (SBWIRE) -- 05/06/2014 -- Benefits of safe, secure and faster transactions have paved way for use of digital currency among customers and businesses. People in New York City have found an alternative in the form of New York Coin for bitcoin which is largely used and accepted by various merchant communities across the world.

New York Coin launched in 2014 with an in build advantage that provides faster transactions and is based on Litecoin source and resembles Dogecoin when it comes to specifications. It is supported by the New York Coin Foundation that brings together people from different groups such as developers, merchants, investors, miners, entrepreneurs and libertarians together and is working towards spreading awareness of the benefits about the currency and its usage among merchants and shoppers alike.

Apart from being listed on major crypto currency exchanges like Bittrex, Bleutrade exchange and Xnigma crypto exchange, there are promotions and bounties offered to encourage its usage and increase its growing popularity. The New York Coin Foundation is working with the goal of making BTC and NYC the most accepted digital currencies in the City. Their goal is also to provide improved user experience and find ways for additional adoption of the new digital currency widely across the community. With an “airdrop” promotion offering 10,000,000 FREE NYC and NYC sticker that can be posted in their window to the first 100 New York City businesses who accept the coins and offering 1,000,000 FREE NYC to any New Yorker able to find and snap a photo of a newyorkco.in sticker that are posted all around Manhattan, the Foundation is finding innovative and different ways to promote the coins and attract users.

New York Coin is a great alternative when it comes to Bitcoin usage as it offers faster transaction confirmations which ensure high security, better fraud protection and a viable retail payent method. With well-known altcoin exchanges showing interest in adding new york coin to their portfolio, this currency is creating a niche of its own in the world of digital currency.

About New York Coin
New York Coin is a new digital currency launched in March, 2014 based on Litecoin source with similar specifications to Dogecoin, but offering faster transaction verification. It is listed on major crypto currency exchanges online and The New York Coin Foundation that supports the proliferation of the coin is aggressively working towards bringing awareness about the currency and benefits of use across merchant communities and customers through innovative promotions and bounties. 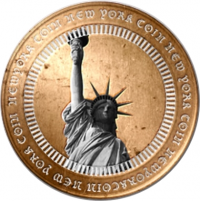 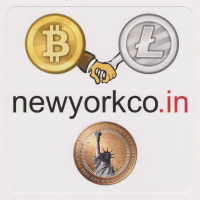