The biggest NFL fans are equally immersed in the possibilities for the upcoming NFL draft as they are in the current season. The mock draft process undertaken by the sport’s best analysts is closely watched by diehard fans. The new NFLDraftSource.com website not only brings the latest NFL draft news and rumors, readers are also provided with continually updated 2013 Mock Draft rankings for all 32 teams.

“Although we are just weeks into the NFL and College football season, NFL fans are closely watching the predicted draft order of the 32 NFL franchises as well as the first round picks,” said an NFLDraftSource.com spokesperson. “Our job is to bring the latest analysis and Mock Draft updates as the season unfolds and nears the actual draft.”

While the format of the 2013 NFL Mock Draft is very simple, a constantly changing college player landscape due to injury, breakouts and unforeseen outcomes in matchups keeps things in constant flux. In order to help make sense of the constant changes, football fans can access the latest NFL Mock Draft info at http://www.nfldraftsource.com/2013-nfl-mock-draft/

Staying on top of the latest NFL news is a high priority of the website and football fans will find the latest stories from top analysts that looks at all of the top college teams and their matchups. Current news looks at the deep talent of Clemson and Florida State as well as updates on injured big prospects like South Carolina’s Marcus Lattimore. “Right now, everyone is carefully watching USC Quarterback Matt Barkley who stands as the current number one overall selection in the 2013 pick, but the season is young and anything can still happen,” said the website spokesperson.

Speaking of Matt Barkley, rumors are flying with recent poor showings, and the new website NFLDraftSource.com brings all of the latest rumors to light backed by the facts on the ground. From the latest rumors surrounding the Heisman watch for UCLA running back Johnathan Franklin to the possibilities of Arkansas’s Tyler Wilson or Tennessee’s Tyler Bray taking the number two QB draft pick spot. “By bringing the latest mock draft backed by the latest news and rumors, football fans can easily analyze the constant changes in what is always a volatile season leading up to the actual draft,” said the website spokesperson. For more information, please visit http://www.nfldraftsource.com

About NFLDraftSource.com
NFLDraftSource.com is an independent website offering the latest information on the upcoming 2013 NFL Draft. NFL fans will find a full NFL Mock Draft for 2013 and the coming years. In addition, the website provides constantly updated draft rumors and the latest news on college teams and matchups. 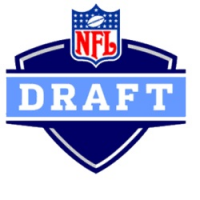