Jacksonville, FL -- (SBWIRE) -- 05/07/2012 -- Two new books by acclaimed author’s blows the lid off the real cause of the world economic downturn, and reveals hidden facts behind major historical events which are dramatically impacting lives today and leading nations towards a future world war. In No More National Debt, Bill Still says that the most outrageous secret in the economic/political sphere today is that all money – except for coins -- is created as an interest-bearing debt. The truth is that nations don't have to borrow; nations can create. The U.S. Constitution commands Congress to control the value of money. In reality, however, the biggest commercial banks are in complete control of the quantity of money in the system -- and thereby control its value -- by a process that is nothing less than counterfeiting. The big banks control the booms and busts of the so-called “business cycle.” The result: banks now have a deadly dual control of both the political process and the media as well. “But the solution is easy,” says Still. “America has used it in the past, but not since the Civil War.”

In Smoke and Mirrors author S. Jason Cunningham connects the dots of history, revealing secrets and ultimately exposing a matrix of deceit and corruption led by individuals who have dramatic control of the global financial system. This groundbreaking book will challenge the reader to re-examine their most firmly held social, economic, political and religious beliefs.

“I believe history illustrates that much of today’s economic, political and social instability is driven by those who benefit from the chaos,” states S. Jason Cunningham. “To overcome these challenges, we must first know the truth. There is an eloquent statement in the Bible, and inscribed in marble inside the Central Intelligence Agency, You will know the truth, and the truth will set you free.”

For more information, or to schedule an interview with authors Bill Still and/or S. Jason Cunningham: contact (904) 565-2640 or by email bstill@reinhardtandstill.com 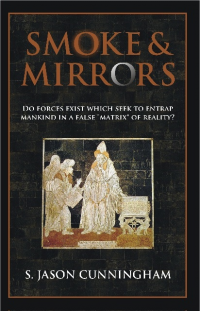 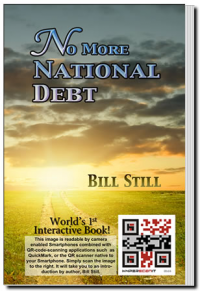