NostradamusPredictions.org Reveals the Insights of a Legendary Prophet

San Fransisco, CA -- (SBWIRE) -- 06/06/2012 -- Nostradamus was a 16th-century physician, astronomer and astrologer from France whose accurate predictions of the future earned him a following during his lifetime and long after his death. Thanks to his abilities, he was appointed as the physician of the royal court of France, and he is still the subject of much discussion over five centuries later.

Today, many people are anxiously awaiting the end of 2012, predicted by many cultures to bring about the end of the world. Connections are being drawn between the predictions of Nostradamus and those of other cultures, and one website is providing eager visitors with detailed information on these connections.

Nostradamus Predictions, a website that provides a variety of resources on Nostradamus and his predictions, explains the importance of this historical figure:

“Credited with accurately predicting numerous major world events including the assassinations of JFK and Princess Diana, the rise of antichrists Napoleon Bonaparte and Adolf Hitler, the French Revolution, the collapse of the World Trade Centre and the Challenger Disaster, Nostradamus is now being closely linked with the 2012 “end of the world” prophecies cited by ancient cultures like the Mayan, the Hopi and Hindu texts.”

Nostradamus Predictions enables visitors to read all of Nostradamus’s 942 quatrains, translated into English from the original French texts. These quatrains are short poems, each one expressing a different prediction that is coded in order to disguise its true meaning.

After viewing this impressive collection of poems, visitors can then see the website’s Prophecies section, which identifies quatrains that are believed to have predicted specific world events. One recently added article even explains Nostradamus’s technique for looking into the future. The special section devoted to the year 2012 provides information on Nostradamus’s predictions as well as predictions from many other cultures that see disaster in the very near future.

Moreover, the website includes many different articles on the scientific elements behind the predictions of Nostradamus and contains information about other clairvoyants who have become known throughout the ages. Videos about Nostradamus and his predictions, as well as a list of interesting books, can provide even more insight into this mysterious prophet.

Nostradamus Predictions is run by independent scholars, artists, and scientists who all share the same interest in this important historical figure. 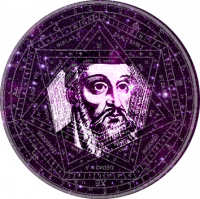