Now That London 2012 Is Over, Relive Past Glories at All of America's Historic Olympic Parks, Courtesy of Roadtrippers.com

Now that the Olympics are over the world is experiencing the inevitable, collective post-Olympic blues. However, why wait four more years to relive Olympic triumphs and travails when there are plenty of places in America to experience Olympic glory - right now!

Cincinnati, OH -- (SBWIRE) -- 08/14/2012 -- Returning from London with over a hundred medals, every American has just cause to be proud of their Olympic accomplishments. However, while Olympic Park may have fallen silent, Roadtrippers.com is proving that the Stateside celebration can long continue.

The site is today showcasing a virtual tour of Olympic parks on home soil, proving that the United States truly is the center of the celebration.

For example, did you know that Los Angeles Memorial Coliseum holds the distinction of being the only facility in the world to play host to two Olympiads, two Superbowls and one World Series?! In both 1932 and 1984 the L.A. Coliseum was host to the Summer Olympic Games; today the coliseum is a State and Federal Historical Landmark (and home to the USC Trojan football team): http://www.roadtrippers.com/places/500cbf22ff9f80139e000001/stadiums-arenas

Heading north, as one of America’s largest ski resorts, Squaw Valley, CA proved to be a fantastic venue for the 1960 Winter Olympics. Learn about the tense geo-political competition between the Soviet Union and the United States at the Olympic museum. The Soviets dominated the games that year. Also of note, Walt Disney was chairman of the Pageantry Committee and coordinated the opening and closing ceremonies. http://www.roadtrippers.com/places/5011a951d0394a59220000ad/winter-sports

Moving westward, the 2002 Winter Olympics in Utah were truly record-breaking. The Utah Olympic Oval, considered one of the world’s fastest indoor skating tracks saw ten Olympic and 7 World records broken. Visit the Oval today and see for yourself what’s been termed “the Fastest Ice on Earth”: http://www.roadtrippers.com/places/5011d2f3d0394a595600015c/stadiums-arenas While in Utah also check out Utah Olympic Park, built for the 2002 Olympics and still used today as a training center for Olympic athletes: http://www.roadtrippers.com/places/4f5e1b8146d09d675b0003ed/stadiums-arenas

Cutting across the heartland to Atlanta, Georgia’s Centennial Park, which was host to the 1996 Summer Olympics and today is a major tourist attraction covering 21-acres. Be sure to check out the interactive fountains! http://www.roadtrippers.com/places/4f557d9046d09d19bd000406/stadiums-arenas The Olympic games in Atlanta were considered a major financial success, with six years of preparation and over two million visitors, the games generated over $5 billion in revenue.

Lastly, upstate New York’s Lake Placid served as host to the Winter Olympic games in both 1932 and 1980. The latter was the year the U.S. men’s ice hockey team had their “Miracle” season defeating the highly-favored Soviet team and Finland to win the gold. This was also the first time artificial snow was used in an Olympic competition. Today you can visit the Olympic Center in the heart of Lake Placid and cheer on hockey teams “just as the crowd's chants coaxed a miracle out of the U.S. team years ago”: http://www.roadtrippers.com/places/50118657ff9f803f3400007f/stadiums-arenas

To discover more, and find out the real-world locations of these awe-inspiring Olympic sites, please visit: http://www.roadtrippers.com

About Roadtrippers
Roadtrippers is a simple and intuitive road trip planner that helps people discover, plan and book the best places and experiences along their way, curated by local experts and travel writers. 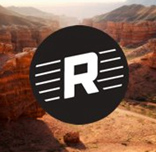