Columbus, OH -- (SBWIRE) -- 09/23/2014 -- When opening a coffee shop, in order to compete against the big boys like Starbucks and Cup o’ Joe, one has to come up with a unique concept and pull together a distinctive clientele. One Ohio man, Joel Cosme, Jr., hopes that his unique concept of bringing local talent together in a meeting house format over locally sourced coffee, tea and food will prove to be a winner for the community. He has launched a Kickstarter campaign which has already pulled in positive results from local press and politicians.

Joel's dream is to open a community gathering place where people can meet, share ideas and work together to make the South Side of Columbus the best it can be. COMMUNITY GROUNDS wouldn't be selling alcohol, which most venues rely on for profit. For people who can’t or don’t drink these become inherently unwelcoming spaces. And people under 21 have no place to perform outside of church and home, so this would be a space welcoming their music and artistic ventures. The idea is to create a space that enables people to host the things they want and need.

About Backers helping fund the COMMUNITY GROUNDS
Coffee & Meeting House campaign to the next level will be eligible for rewards such as ceramic coffee mugs, T-shirts, Joel as your dancing monkey, first year opening priority event booking, a 3 minute Danny Lemmon original song on a topic of choice, 180 cups of Community Grounds coffee, backers immortalized in graphic design by a local artist, hand-made mini free library (great for community parks/gardens) and much, much more.

Joel and his team also understand not everyone may be able to give money to help this project, so they ask that those who cannot give monetarily help by spreading the word about COMMUNITY GROUNDS online through social media such as Facebook, Twitter and Tumblr or record a video challenge for Vine, Facebook or Instagram to invite friends to give to or share this Kickstarter fundraiser. Include #MyCommunityGrounds in all posts. 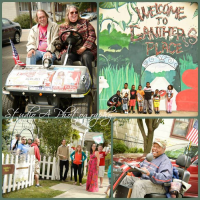 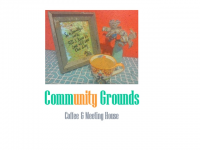