On the Verge of What's Next in Indie Music, WiFi PR Drops Indie Anthems Vol. 6 at NXNE

Released at NXNE last month, Indie Anthems Vol. 6, geared for the bigwigs of the music industry, seizes listeners with an exclusive party of indie artists pulled from all edges of musical styles and the world.

NXNE, held this year in venues throughout Toronto from June 13-22, is a 10-day and night festival that draws over 350,000 attendees from around the world. This year, NXNE celebrated its 20th anniversary, and its usual music lineup, comprised of both emerging artists and major-label headliners, was as varied and well-received as ever. Headliners included St. Vincent, Spoon, Juicy J, Sleigh Bells, Danny Brown, Spiritualized, Tune-Yards, Future Islands, Jacques Green, Glasser, Araabmusik and more, and WiFi PR was there to pass out copies of Indie Anthems Vol. 6 to industry experts and fans interested in this lineup.

While many of the 3,500 download cards of Indie Anthems Vol. 6 that WiFi PR handed out at NXNE were to festival attendees, most copies landed in the hands of the industry tastemakers who discover and license the types of bands and musicians that WiFi PR represents.

While most mixtapes, particularly for independent artists, are created for music fans alone, WiFi PR curated the Indie Anthems series to suit the attention and agendas of those who are on the pulse of what’s next in the world of music. These are the people who shape the landscape of popular culture today and predict the trends that are coming next.

Between YouTube, music streaming services, blogs and other online music and media outlets, the amount of music available overwhelms music lovers and experts, and it can be difficult to wade through it all to find what moves and intrigues them most. Indie Anthems Vol. 6 introduces a variety of artists that just might be the sounds they’ve been looking for.

Indie Anthems Vol. 6 represents an array of genres. SXTN (“Got a Hold of Me”), reminiscent of N.E.R.D. and Pharrell, and Middle Eastern-influenced rapper Tru Bloo (“Tru Starz”), who is often compared to Lauryn Hill, for example, take starkly different perspectives of hip-hop. Armed with a piano, singer-songwriter Rashon Medlock (“Next to You”), whose music resembles John Legend’s, contrasts to fellow singer-songwriter Sergio Rangel (“Love Loss”) and his guitar, who sound more like Dave Matthews and Jason Mraz.

As for rock artists, Bodhisattva (“It Can’t Get Any Better”) offer a psychedelic rock bent reminiscent of Soundgarden meets Grateful Dead, and Awake At Last (“King of the World”) takes a harder, more metal-like approach like The Used and My Chemical Romance. Silent Theory (“Outta My Head”) follows the indie rock route while moving the listener with lyrics that demonstrate tortured and hell-bent emotions.

Fans of Fiona Apple and Portishead will love the soft, ambient pop duo The Controversy (“Two Voices”), while Nate Tao (“Sugar and Spice”) shows a brighter, funkier side of pop akin to Bruno Mars and Maroon 5. Stephanie K (“Trouble”) provides a sexy party track for fans of Britney Spears and Demi Lovato.

All of these artists exemplify the breadth of scope for independently produced music today—much of which can be heard on this album. 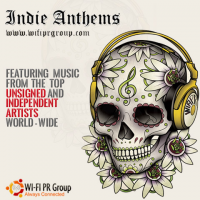