A Slice of Paradise with Privacy for as little as $50 a month!

Mountain View, CA -- (SBWIRE) -- 08/13/2013 -- "You don't have to be Tom Cruise to Enjoy Your Own Hawai'ian Island." At least that is what the Surf Lady, Veronica Grey, tells people. We caught up with her in New York City recently when she appeared on "Good Morning America" in honor of shark week, modeling the shark repellent wetsuit she patented.

"I live on a sailboat in Hawai'i named 'Amazing Grace'," Veronica tells us, "and it is anchored off a private island the locals lovingly refer to as 'Slipper Island' because all the flip flops and unfortunately trash that blows off boats wind up on 'Slipper Island'."

Hawai'i probably has thousands of these micro-islands dotting its lagoon areas. Slipper Island is only 1/4 of a mile long and maybe 54 feet wide - your own private slice of paradise. The cost to dock Surf Lady's sailboat nearby? A whopping $50 a month.

That's a far cry from the $25 million Tom Cruise is shelling out for the secluded estate on the Hawai'ian Island of Lanai, which was recently purchased by Oracle billionaire CEO Larry Ellison. Who knew you could actually even buy an entire Hawai'ian island?I guess everything really does have its price.

Perhaps they will all need the shark repellent surfboard also patented by The Surf Lady Veronica Grey to enjoy their neighboring surf breaks. Someone tell Suri Cruise she is old enough to surf! Maybe her dad Tom will teach her. Apparently he surfs. 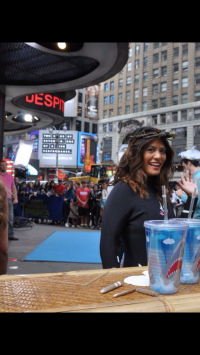 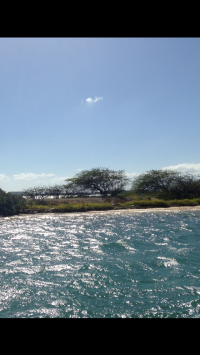