One Hour Indexing offers a clever solution to Google’s new rule changes surrounding Search Engine Optimization, which they claim penalize the small business in favor of the multinationals.

San Francisco, CA -- (SBWIRE) -- 01/27/2014 -- One Hour Indexing believes Google’s “do no evil” policy only applies to big brands as they continue to drive small and medium sized businesses away from the organic results. A spokesperson commented:

“The last 24 months has seen Google release update after update from Panda, Penguin through to Hummingbird. These algo updates all target something different but the net result is depressingly familiar, with small businesses being punished while big brands flourish. We are not alone in thinking this is Google’s attempt to drive people away from SEO and into their profit generating Adwords system.”

One way to allow small businesses to achieve top search engine rankings is to improve how many of their links are indexed. Indexing has long been a preoccupation of SEO’s, many of them using several link pinging and crawling services to achieve mediocre results. If backlinks are indexed it has been proven they carry more weight in Google’s algorithm than non-indexed properties, so a solution to the indexing problem can result in better search engine rankings and ultimately profits.

One Hour Indexing, after eighteen months of development and tweaking, believes they have solved the indexing issue once and for all. Testing by independent testers has seen indexing rates over 550% higher than their leading competitor. Tests of 5,000 non-indexed backlinks saw One Hour Indexing come top in all categories including number of links indexed, speed of indexing and cost per successful indexed property.

A spokesperson for the backlinks indexing service One Hour Indexing explained, “A recent case study was undertaken to look at the effectiveness and price of ping and index services across the internet. One Hour Indexing came out ahead in terms of overall indexing and achieved the lowest cost per indexed link. When we started testing we tried to evolve our current methodology, although we got improved indexing the results were only better by 10%. We wanted a leap forward in indexing rates so we opted for revolution rather than evolution. One Hour Indexing is truly a revolutionary methodology that has never been used before by us or any competitor and it’s producing results that are truly outstanding. We urge any SEO’s who are interested in improving their rankings to give One Hour Indexing a try, they will be astonished with the results.”

About One Hour Indexing
One Hour Indexing is a next generation automated link indexing service that offers a simple, white hat solution to get Google approved authority in a given field. The service is used not only by small businesses but by SEO consultants and firms as well, making it the primary recommended method of indexing backlinks online. For more information, please visit: http://www.onehourindexing.co/ 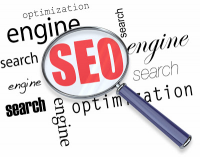