Irvine, CA -- (SBWIRE) -- 10/25/2012 -- Local DUI Defense Attorney Todd Landgren was the recent guest faculty speaker at Philadelphia’s, Robert F. Borkenstein Center for Studies of Law in Action. The Orange County DUI Attorney is a local attorney with more than 37 years of DUI Defense experience and is a Specialist member of the California DUI Lawyers Association.

While DUI Attorney Todd Landgren is one of Orange County’s most seasoned and successful criminal defense lawyers, he sees every opportunity to lecture before peers and young lawyers as an opportunity to learn as well as inform. Such was the case with his recent guest faculty speaker appearance at the Robert F. Borkenstein Center for Studies of Law and Action in Philadelphia. Attended by more than 75 criminalists from both national and international venues, Mr. Landgren addressed the course on the subject of “Defense Approaches and Tactics in DUI Drug Litigation. “This was my second year as a guest lecturer for the course, and like every opportunity to speak with young lawyers and peers from across the country, I gain new perspectives that I can bring back to my own practice and clients here in Orange County,” said Landgren.

Having handled more than 3,000 DUI cases during his 37 years as a lawyer, Landgren is regarded in the legal community as among Orange County’s most seasoned and successful DUI lawyers. His solid reputation for winning DUI cases and extensive courtroom experience has earned him the reputation of being the “go to guy” for DUI defense.

As an Irvine DUI attorney, Landgren has first-hand knowledge of the Irvine Police department’s intensive approach to DUI arrests. His familiarity with the procedures and potential weaknesses of the Irvine police officers allows him to use his extensive knowledge and expertise to get many cases thrown out or greatly reduce the charges.

With more bars per square mile than any other city in Orange County, Newport Beach police are known to stop vehicles for the most minor offenses in search of drivers that have been drinking. As a resident of Newport Beach, Landgren’s understanding of the Harbor Court, the Newport Beach DUI officers and the “tricks and traps” of the police practices in Newport Beach is extensive. Landgren has an equal understanding and track record for superlative results in Huntington Beach and Costa Mesa DUI stops and cases.

“While my extensive experience with the area’s police departments and the legal system is invaluable, each client and their circumstances are different,” said Landgren. “That is why I remain attentive to the details, listen carefully to each client and take every opportunity to gain new insights as well as impart them in situations like the recent guest lecture role at the Robert F. Borkenstein Center for Studies of Law and Action in Philadelphia.” For more information or a free consultation, please visit http://toddlandgren.com/

About Attorney Todd Landgren
Todd Landgren is a Specialist member of the California DUI Lawyers Association and a local attorney with more than 37 years of DUI Defense experience. Landgren is among Orange County’s most seasoned and successful DUI lawyers having handled more than 3,000 DUI cases. Well known and respected in the legal community as a premiere DUI Defense attorney, his practice is in Irvine, CA. 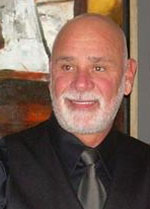