New York, NY -- (SBWIRE) -- 01/05/2012 -- According to famous pick up artist Erik Amino, one of the most powerful things that a man can do when approaching a women is something that he does before actually approaching her.

“As I speak about in some of my seminars, you want to be social and charismatic with everyone, and you want to develop the skills necessary to win people's immediate trust,” says Erik Amino. “When you do this, you'll eventually get a ‘vibe’ about you that makes people feel comfortable in your presence. Everyone will want to be around you because you make them feel good.

This, says Erik, is where "staging" comes in. Successful pick up artists know how to display their charisma to their target before they actually open her.

“For example, whenever I'm in the supermarket I always try to stand in line behind a hot girl. Rather than opening her, I'll oftentimes begin speaking to the checkout lady when she's ringing up the groceries of my target. I'll be funny and witty, and my manner of speaking will clue the girl in that I'm a guy who has high value and confidence.”

While using this technique Erik will often notice his targets body language change. He will be able to detect if she’s becoming attracted to him (opening up), or being repelled by him (closing up and turning away). This will either tell him to open or to skip- “A useful bit of knowledge especially for people who fear rejection.”

“For me, signs don’t matter, I’m going in regardless,” says Erik. “I'll eventually bring her into the conversation by mentioning something we're talking about that could pertain to her. At this point I've opened completely naturally. It's not obvious that the whole objective of my demonstration was for her benefit; and consequently, she won't have any shields up to my advances.”

Erik Amino and his team have created an entire system for gaming women that reduces rejection as much as humanely possible. The seduction system is available with free sample videos on their website. “The entire premise of my series is to get you in the door without putting you in any risk of humiliation or rejection, and the system has worked like magic for those who have tried it,” says Erik. “One thing most guys don’t understand is that they can be chased by women. The truth is, women love chasing us, we just have to give them the right opportunities to make it happen.”

To learn more about Erik Amino, his system for how to get a girlfriend, or to watch free videos of his lessons, visit: http://www.instantattractionvideos.com.

About Instant Attraction Videos
Released in mid-2011, Instant Attraction videos in a comprehensive home-study course that outlines the step by step system for attracting women. Created by Mark Sing and Erik Amino the course is based on female psychology and self-esteem and has been studied by several notable psychologists including Dr. Harry Reid and Dr. Steve Peterson. The course has also gained a considerable amount of media attention. 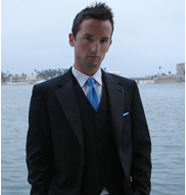